Hippocrates, one of the most outstanding figures in the history of medicine.
aaa

Unani is Arabic for “Ionian,” which means “Greek.” It is a formal medicine that has been practiced for 6,000 years. Also known as “hikmat,” Unani Tibb Medicine was developed by the Greek physician Hippocrates (40 – 370 B.C.) from the medicine and traditions of the ancient Egypt and Mesopotamia.

Unlike modern Western medicine, “hikmat” does not hold to mind-body dualism but is rooted in the understanding that spiritual peace is essential for good health (Periyakoil, p.2). Unani medicine considers many factors in maintaining health and divides the body in a number of ways to define this wisdom.

The first way that Hikmat defines the body is to describe it in terms of the four humors or akhlaat: air, earth, fire and water emanate from the liver forming a subtle network around the body. In healing, foods and herbs are also classified according to the four humors. The four humors correspond to four bodily fluids: blood, phlegm, black bile and yellow bile (unaniremedies, p.2). A typical diagnosis of a patient would take the balance of these humors into consideration.

For instance, over-stimulation of wet-hot elements effects nervous biochemical interactions within the body with glandular ramifications within the blood. A wet-cold over-stimulation also effects nervous biochemical interactions but with ramifications for the relationship between the muscular biochemical exchanges and the bloodstream such as diarrhea and diabetes. Excess black bile in the blood leads to heart palpitations and constipation whilst excess yellow bile leads to general weakness (mypakfree, p.2).

Hikmat further defines the state of the body into three different stages: health, disease and neutral. Neutral in the physical body means the state between health and disease when symptoms have not yet manifested. Disease is said to occur when the functions associated with the vital, natural and psychic forces of the body are obstructed or unbalanced due to some form of deviation (Periyakoil, p.3).

Hikmat also divides the body into seven natural and fundamental components defined as: a) arkan – elements b) mizaj – temperament, c) a’da – organs, d) ruh – vital forces, e) quwaat – energy and f) af’al – action. Any loss or change in anyone of these components is considered a major factor in disease or death.

Hikmat also considers the external environment and its effect on the body and also divides these influences into five categories. It is believed that each of these five categories must be fulfilled adequately for a person to be able to maintain a proper balance in the four humors and proper state of health balance. The external environment and daily lifestyles influences that are considered as major factors in the ability to sustain and maintain good health are:

1)  The air of one’s environment

4)  Sleep and wakefulness and 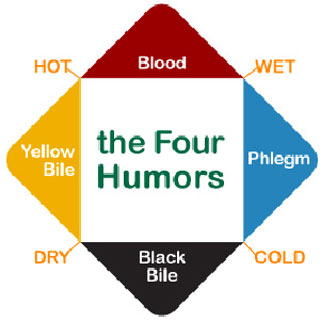 The four humors were used in Unani Tibb.

Hikmat states that these factors should be balanced in terms of quality, quantity and sequence in order to sustain good health (Periyakoil, p.3). As Rasulullah informed us “Allah has sent down both the disease and the cure and He has appointed a cure for every disease, so treat yourselves medically, but use nothing unlawful” (Sunan abu Dawud, 28:3865).

Beyond diagnosis and categorization skills, hikmat contributed many other clinical skills to the field of medicine. Furthermore, those that settled in India were not content with the known drugs and subjected Indian medicines to clinical trials adding numerous to the hikmat system.

In the footsteps of both the Qur’an and hadiths, hikmat sees illness as an opportunity to serve, clean, purify and balance the physical, emotional, mental and spiritual planes. Towards this goal, hikmat therapies are natural. Unani Tibb therapies include appropriate fresh food in order to correct the imbalances, herbal medicines, minerals, the promotion of codes of conduct conducive to positive health, and appropriate rest as prevention and cure.

Unani Tibb also emphasizes compounds that belong to the human body and the avoidance of allergy-reducing foods. The balance between mind and body is also crucial in the metabolic processes and counseling is usually offered towards this goal (Qureshi, p.1).

The illness might also necessitate massage or cold/heat suction cups. Rasulullah (s.a.w.) said, “The best medical treatment you apply is cupping (abu Dawud, 28:3848).” “Rasulullah (s.a.w.) had himself cupped above the thigh for a contusion from which he suffered” (Abu Dawud, 28:3854). Acute diseases include puncturing certain reflex points from which a few drops of blood are released (Australian, p.3).

Healers who are educated in the Hikmat method of healing are also given unique instructions to follow with their clients and in their clinics. These unique requirements stem from the Islamic faith. In Islam, those in authority must conduct themselves in a manner that they have earned the respect of those that they are responsible for.

Referring to the hakim, physician, al-Ruhawi in his ‘Adab el-Tibb’ stated: “He should do his best everyday to cleanse whatever issues forth from the orifices of his body, nostrils, eyes, nose and to wash them with water. Excesses shouldn’t be in evidence in these openings; this occurs with excessive eating, drinking and harmful use of these.

Therefore for this reason, the most beneficial to purify the senses and to cleanse them is the improvement of food and drink. To the patient “The physician must better his relationship to and endure the distress of the patient. He must pay attention to any statement heard from them. 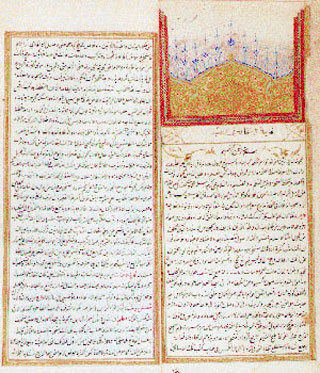 The illuminated opening of the Arabic treatise on Paracelsian medicine, The Culmination of Perfection in the Treatment of the Human Body (Ghayat al-itqan fi tadbir badan al-insan), written in the 17th century by Ibn Sallum. A provincial Ottoman copy finished 26 October 1749 (2 Sha`ban 1162 H) by scribe Sami` Mustafa Efendi al-Sha`ir. NLM MS A13, fol. [5b]

No matter what the circumstances, he must acquire information from anywhere or anything, which may prove beneficial to the recovery of the patient. The hakim must not discourage any complaints of the patient or display of his distress since these symptoms, which occur, may be important in the diagnosis of the illness. The physician must show mercy; this is not possible except by the fear of God. If the physician has these traits, then he speaks only the truth and does good for all the people” (Zikria, p.1, 3).

In hikmat, the mutual respect between patient and physician is half of the treatment and in Islam taking care of a sick person is a blessing. In following through a course of treatment, medical visits should be scheduled with prayer times in order to avoid conflict of interests. For the care provider there needs to be recognition of Islamic standards of cleanliness (Periyakoil, p.3-5).

By the early 18th century, hikmat formed the basis of medicine in the civilized world through the translation of ‘al-Qanun’. It also formed the basis of the work of Samuel Hahnemann (1755 –1897) the founder of homeopathy  (unani.com. #1, p.3). Established in India, the hikmat system underwent a setback under British rule although it was still very much practiced by the masses (Unani.com #2, p.4).

It was Masihul Mulk Hakim Muhammad Ajmal Khan, friend of Mahatma Ghandi who founded the Unani Tibb and Ayurvedic College in Delhi in his fight against British colonialism. In India today there are 278,000 practitioners and 16 training centers (meadev, p.2, 3).

Although setbacks continue to occur Unani Tibb is still a strong force in the world. An amendment of a 1964 Act brought traditional medicines under purview. The decision was that all medicines including those used by hikmat should be manufactured according to formulae described in authoritative textbooks. The concern was the growing commercialism leading that has increased the selling of these medicines over-the-counter. In turn this has led to the deceptive marketing of unscientific and unproven therapeutic properties (Nampudakam, p.1, 2).

In 2001 great efforts were made by 75 experts in the field of hikmat, allopathy and homeopathy to look at conservation of resources and the benefits to the differing viral and communicable diseases. It was hoped if developed this could play an important role in export.

Dr. Ather Saeed of the National Institute of Health referred to hikmat as extremely popular in rural areas due to its safety, low cost and efficiency. This effort was under the Secretary of Health, Ejaz Rahim, Islamabad, whose concern has been the development and integration of traditional practices into India’s primary healthcare system (Ahmad, p.1).

As hikmat continues to grow from strength to strength in the midst of a failing modern healthcare system, training schools are also flourishing further abroad in places like Australia and the U.S. The American Institute of Unani Medicine was founded in 1986 (unani.com #1, p.4).

Perhaps Islamic Healing is the road to not only improving Muslim healthcare in modern day health systems, but also showing the way to improving patient-doctor relationships for non-Muslims as well. 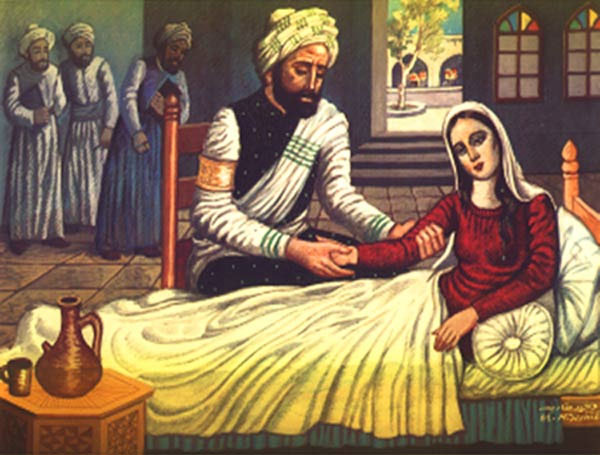 This article was first published in 2003 and is currently republished or its importance.