According to the sex change psychologist then, nurture could override biology in deciding whether someone is male or female
aaa

Claims by Dr. John Money decades ago that the gender of an individual is primarily determined by the manner each individual is raised and less by biological factors turned global attention to the vexed issues of abnormal sex conditions and sex changes.

According to the sex change psychologist then, nurture could override biology in deciding whether someone is male or female.

His strange submission was based on the fallout of an experiment, famously referred to as the “John/Joan” case, wherein a boy who accidentally lost his sex organ at infancy was “converted” and raised as a girl instead.

Relatively novel at that time, Money’s actions provided a window through which the world viewed and learned about the challenges people born and living with abnormal sex organs have to face.

What is in a Name?

Intersex, pseudohermaphroditism, hermaphroditism, sex reversal are some of the terms used to describe various forms of gender and sexual conditions. Collectively, they are referred to as Disorders of Sex Development (DSD). Dr. Eric Vilain, a DSD expert at the University of California sheds more light on the issue.

“DSD are congenital conditions in which the development of sexual characteristics (whether at the chromosome, hormonal or genital level) is atypical,” he told AboutIslam.net. It is an inborn condition that occurs when there is an anomaly in either the chromosomal makeup or sexual development of the fetus. If the fetus has an unusual level of certain hormones, or an exceedingly high or low ability to respond to them, then the possibility of an intersex appearance is high.

The result of this type of hormonal imbalance is the birth of a child with an inborn reproductive or sexual anatomy that is at variance with the established characteristics of male or female. Such a child, for instance, might be born appearing to be female on the outside, but having mostly male-typical anatomy on the inside. They are neither male nor female.

In the absence of a clear-cut gender, they were referred to as hermaphrodites, albeit erroneously. According to the Intersex Society of North America, words like “hermaphrodite” and “pseudo-hermaphrodite” are not only stigmatizing but are also misleading.

“The terms fail to reflect modern scientific understandings of intersex conditions, confuse clinicians, harm patients, and panic parents,” they say as part of an ongoing campaign for the use of terminologies sensitive to the plights of patients. 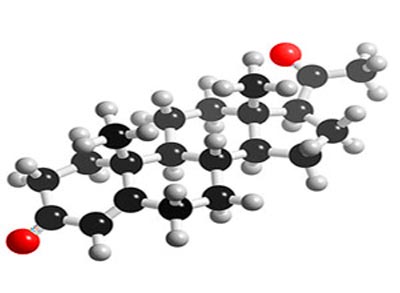 The chemical composition of one of the female sex hormones (Progesterone)

Deciding what gender to assign an intersex child is inarguably one of the most vital decisions to be taken in the patient’s life. If done right, the DSD child has the potential to become a well-adjusted, functional member of society.

Conversely, an error in judgment on the part of doctors and/or parents regarding the assignment of the most suitable gender to an infant is bound to have life-long implications.

In the opinion of Vilain, gender assignment decision should be a collective effort on the part of all stakeholders. “The decision should be common, between the family, the healthcare team, and the patient if old enough,” he said. The snag in this is that most patients are often too young to make any meaningful contribution at the time such life-shaping decisions are taken on their behalf.

Anne Tamar-Mattis is the founder and executive director of Advocates for Informed choice (AIC), a US based multi-disciplinary team of intersex people, parents, legal scholars, medical professionals, and experienced civil rights attorneys. Collectively, they work together to ensure DSD patients’ interests are always protected from infancy to adulthood.

“Current standards of care are moving towards recommendations based on the child’s likely sense of gender identity as he or she grows,” she told AboutIslam.net. In AIC’s views, newborns with intersex conditions should be given a gender assignment as boy or girl, depending on which of these genders the child is more likely to identify with as he or she grows up. Such decisions will be largely influenced by results from hormonal, genetic, and radiological tests.

Clinical evidences over the years have shown that an overwhelming majority of infants with total Androgen Insensitivity Syndrome (AIS) grow up to feel female, and that many children with cloacal extrophy and XY chromosomes will grow up to feel male. Such knowledge will definitely influence the decision-making process according to ISNA.

Furthermore, surgeries, especially those done only to make the infant’s genitals appear more typical and to facilitate gender identity development, should be delayed (where possible) until a child is mature enough to make an informed decision for himself or herself.

“Current standards also recommend that children should be able to participate in decisions as they grow, that the child should be able to change the gender assignment if desired, and that unnecessary decisions be postponed when possible,” she further added.

It is possible that an intersex child will grow up later in life disliking his or her assigned gender. Such a child may later want genitals different from what the doctors/parents had chosen for him/her at infancy.

Realistic concerns like this and others have often triggered intense debate both within and outside medical circles regarding the necessity, timing, benefits, and risks of elective genital surgery for DSD patients. (Karkazis)

For patients in such dilemma, there is a way out. “Individuals with DSD may have genital surgery to conform with the assigned gender,” says. Vilain, adding that gender change or reversal shouldn’t be resisted.

Corroborating this viewpoint, Tamar-Mattis agrees that “sometimes people with DSD are reassigned in childhood or even in adulthood on the basis of a doctor’s determination that the original gender assignment was wrong, or that they would be ‘better off’ in the other gender.”

Though this practice is witnessing a steady decline, especially in parts of the globe where the most recent DSD standards are being implemented, it nonetheless exists. Apart from gender reassignment based on the prompting of a doctor, some patients request for gender reassignment in adulthood on their own volition.

“People with DSD sometimes feel that their gender assignment was incorrect, and sometimes seek additional surgery for that reason.”

While necessary at times, gender reassignment of DSD patients is not as easy as it sounds. According to Tamar-Mattis, much of the surgical and hormonal treatment given to children with DSD is irreversible.

“Some physical features can be changed with hormone treatment or further surgery, but some hormonal changes are permanent, and a person’s body is never the same again after surgery. Children with DSD who later regret surgery they received in infancy […] have already lost a lot of tissue and there will already be scar tissue present to interfere with further surgery.”

The relatively irreversible nature of genital surgery done at infancy underscores the need to exercise extreme caution and tact when taking decisions on behalf of patients. “If genital surgery has already happened, it makes gender change much more difficult” in the future, warned Vilain. 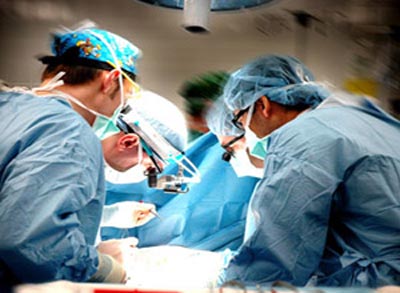 With this tragic outcome, Money’s claim that nurture and not nature determines a child’s sex fell flat on its face

Previously, doctors treated intersex cases by assigning a sex to the child based on their personal values, anecdotal evidence, and intuitive feeling; performing the required operation; and sometimes even shielding the family from the notion that their baby’s gender is in question. (Nussbaum)

A similar approach was adopted by Money in the celebrated “John/Joan” case. Following up on this case years later, biologist Milton Diamond discovered that Money’s patient, “Joan”, was unsatisfied with his artificially assigned feminine state and later opted for a sex change operation in-order to be reassigned to his initial male status. Unable to cope with the trauma of his non-consensual surgery and other medical treatment, “John” eventually took his life in 2004.

With this tragic outcome, Money’s claim that nurture and not nature determines a child’s sex fell flat on its face.

“This is an outdated theory that was supported with falsified data. It was dramatically debunked when the final outcome of the Joan/John case came to light. Researchers now recognize that we don’t know what causes gender identity to develop, and that it is probably a complex interplay of nature and nurture,” explained Tamar-Mattis.

To avoid similar pitfalls in the future, a new approach is being promoted in the treatment and management of DSD cases. Quite unlike past practices, multi-disciplinary teams comprising of a variety of professionals are now charged with the responsibility of taking vital decisions during the entire treatment life-cycle. Along with others, a shared decision making (SDM) approach is being adopted, and patients and parents are now much more involved.

“The most current standards are moving towards recognizing that good patient care requires honesty, emotional support, and allowing the patient to make as many decisions as possible,” explained Tamar-Mattis.

Still a novel practice, it is pertinent to continuously drum up support for the SDM approach until it becomes a globally adopted model. In an era where decisions are still frequently driven by surgeons who know little about psychology and sexual development, the SDM approach provides the much-needed breath of fresh air, according to Advocates for Informed Choice (AIC).

The process of thoroughly examining alternatives and the encouragement of transparency and questioning involved in SDM can help to ensure that the best interests of the child and family are served, patient care and the doctor-patient relationship are improved, satisfaction with the decision-making process is increased for both physician and parents, decisional conflict and regret are minimized, and ethical and legal requirements for informed consent are met. (Karkazis)