“Hopefully the world will listen and treat them as human beings.”

Hammoud called on Canada to strip Burma’s de facto leader Aung San Suu Kyi, who remained largely silent on what some in the international community are describing as ethnic cleansing, from her honorary citizenship.

“They should strip it and take it back from her,” he said.

“Innocent people are being slaughtered or burned or being kicked out from their own homeland. As a community, I think it’s our responsibility to do something.” 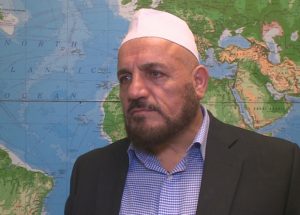 Nearly 421,000 members of the Rohingya Muslim minority have fled from western Rakhine state to Bangladesh to escape a military offensive that the United Nations has branded a “textbook example of ethnic cleansing”.

The Windsor Islamic Centre is planning a fundraiser following evening prayers at the Central Mosque on October 7th.

Chairperson Maher El Masri said the community is motivated by “heartbreaking” images of the crisis.

“It’s very sad the flood of refugees in total scenes of misery and desperation,” he explained. “The one thing we can actually do to make a difference is to provide them with shelter and food while they’re going through this agony and pain.”

Hammoud said the plight of Muslims in Burma seems to be unknown to many in North America, but students at the Al-Hijra Academy in Windsor have been reading up on it.

“It doesn’t matter what religion they are, innocent people shouldn’t be dying at all,” said Grade 8 student Sara Naushad.

The 13-year-old said one of her teachers has family in Burma and added that the students are eager to donate and help.

Described by the UN as one of the world’s most persecuted minorities, Burma’s ethnic-Bengali Muslims, generally known as the Rohingya, are facing a catalog of discrimination in their homeland.

Burma’s government, as well as the Buddhist majority, refuse to recognize the term “Rohingya,” referring to them as “Bengalis.”