WASHINGTON D.C – In a remarkable artistic response against Islamophobia, an American photographer, Lynsey Addario, has decided to feature her stereotype-busting pictures, which she has picked throughout the past 18 years, in National Geographic magazine’s May 2018 edition.

This non-Muslim photographer started to travel in 2000 across the vast Islamic World to cover the lifestyles of the Muslim communities.

“Each one of these trips introduced me to a more nuanced view of Islam—from the various interpretations of the religion to the diversity of the people who practiced Islam,” she expressed.

However, back home in the US, Addario found that the faith she knows is being “portrayed in a generic, one-dimensional way” that didn’t capture what she viewed elsewhere in the vast Islamic World of over 60 Muslim countries.

This disparity pushed Addario to work with the American Muslim communities in an effort to tell their stories in a broader way. She decided with National Geographic to title the story of her featured photographs as ‘How Muslims, Often Misunderstood, Are Thriving in America’. 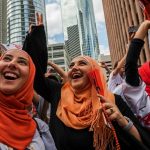 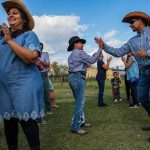 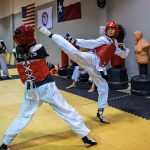 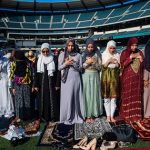 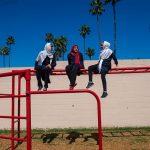 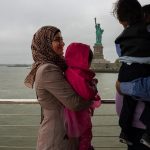 Addario explains “There are so many thousands of pictures that I shot, and people I focused on who never made it into the story, mostly on account of space. I tried to photograph the wide Islamic spectrum to show that these stereotypes [that are] often perpetuated just don’t often hold.”

She further explained that “There was a great proliferation among the African American community at the time of Malcolm X and the civil rights movement. Today, there are a huge number of converts to Islam–almost 23% of the entire Muslim American population–from every ethnicity and a range of communities across the country.”

Answering the question of National Geographic’s interviewer, Jehan Jillani, on her own faith, Addario said “I was raised Italian Catholic, going to church every Sunday, and receiving religion classes on Tuesday afternoons. But as I grew, I identified less with Catholicism and learned to appreciate different aspects of various faiths. I am a spiritual person, but I no longer go to church on Sundays.”

The American photographer of Italian ancestry believes that so much hatred and misunderstanding stems from ignorance and arrogance. For me, I just shoot what I see, and what I believe is a fair representation of a story.”

Addario is not the first photographer to celebrate Muslim diversity.

Carlos Khalil Guzman has traveled across the US to interview an array of Muslims and take their photos as part of his ambitious project seeking to showcase Islam’s diversity.

Frustrated by a lack of diversity and representation of Muslims in the mainstream media, Guzman said he decided to create the project to help people learn how American Muslims practice their Islam.