CHICAGO – Addressing a huge Muslim attendance at the inauguration of 2017 MAS-ICNA convention, Sheikh Omar Suleiman galvanized the Chicago crowds Thursday night with aView postn uplifting start to the convention, with a message on how to learn from past mistakes.

“We have Trump now, and he’s been here for a year, and looking back at us, I think we are doing pretty good, given our past complacency,” he told attendance at the beginning of his speech.

Throughout the speech, the President of the Yaqeen Institute for Islamic Research was able to bring Prophetic examples of the past, and how Prophet Muhammad consistently zeroed in on the clarity of his vision to carry forward the message.

The renowned scholar emphasized that the recent Trump era has unfortunately reignited sentiments of bigotry and hatred that have been equally matched by Muslims and other minority groups marching, uniting, and resisting in ways unprecedented in the past.

He emphasized the “alarm” that many people are feeling, and how that is pushing people to organize in any shape or form.

Later on, Suleiman reassured the listeners with his personal vision of Islam’s future in America.

“I’m not worried about Islam for the next 10 years. I’m not even afraid for the next 200 years, my responsibility is now,” Suleiman said.

Moreover, Suleiman began to reflect on the past efforts, made by former generations, dating back to the Prophetic era, and how the Prophetic tradition makes room for human error and rewards effort:

He emphasizes that trial and error is required to be able to build out a community and to weave it together. 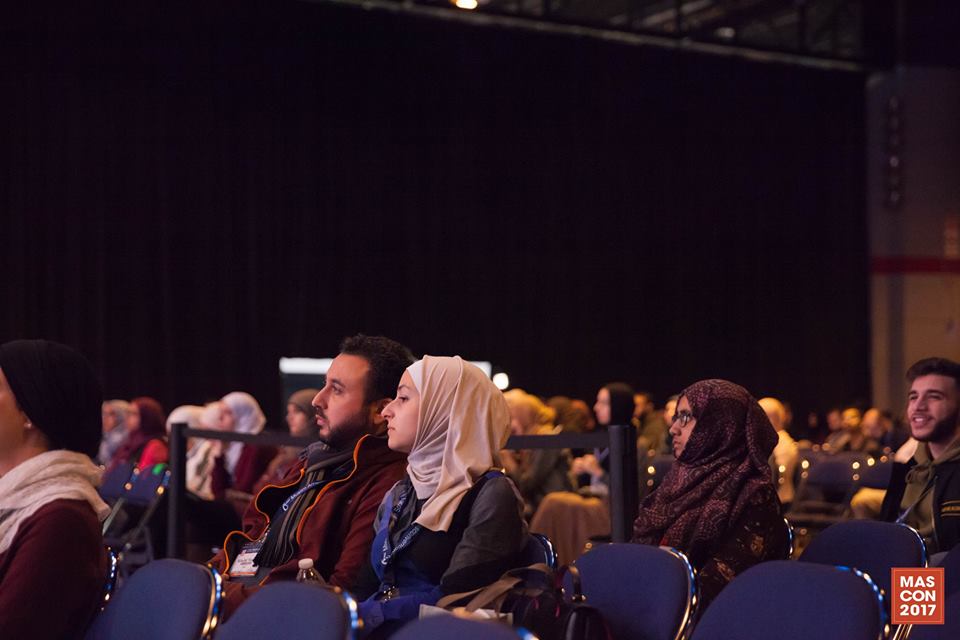 Throughout the night, the leading scholar was able to emphasize the method required in the healing process and the renewing process as well. The effort, as he emphasized, is all part of the journey.

He praised the American Muslim community as more active than ever, referring to volunteers who are working tirelessly behind the scene to uplift organizations.

The generations of the past were able to do a heroic amount of work with no public praise or appreciation given to them.

Suleiman also acknowledged that Muslims, “despite their disagreements,” have the opportunity to volunteer and to organize, and must begin to “wet our feet” as opposed to “criticizing from afar.”

“We as generations, sit back and criticize, and forget the amount of effort put in the past to see what we have today,” he said.

“We must thank those previous generations, we applaud those indigenous organizations that were here before anyone, before immigration.

“Yes, they made mistakes, but they were committed. Imam Siraj, Jamal Badawi, they established these organizations barely scraping by. Those who make the effort and those who actually try, are to be thanked and to be appreciated,” he added.

Suleiman recalled how the early scholars in this country were able to work day and night to create MSAs in universities across the country alongside the bare bone foundations required for a thriving community.

He emphasized that the current generation owes a lot of its current institutions to the generations of the past.

Suleiman then looked towards the future: “We aren’t just talking about being accepted, we are interested in being invested in shaping the future of this country…Being American Muslims is a responsibility that we all have to be able to have a vested interest in transforming the country around us.”

Overall, Suleiman urged the attendees to reflect upon their actions and to request individuals to reflect on their intentions towards their communities.

“There will be Muslims here in Chicago and the United States, for the next 500 years, 1000 years God willing,” he said.

The annual convention of the Muslim American Society (MAS) and the Islamic Circle of North America (ICNA) runs from December 28-30.

This year’s theme for the summit, which will be held in Chicago’s McCormick Congress Center, is “American Muslims: Shaping the Future Through Faith and Vision.”