A local mosque in Arizona declared Passover and Easter festivals as a day off for the local Christian and Jewish volunteers who work with the Muslim community in Scottsdale city to help asylum seekers, Arizona Family reported on April 22.

“We presented special gifts to our Christian and Jewish volunteers. It’s important so they can have time off during their religious feasts,” expressed happily one of the local American Muslim women who helped serve a group of immigrants at the mosque on Sunday.

According to one of the North Scottsdale Mosque members, a new batch of immigrants arrive weekly at South Phoenix Church, “but this holiday is unique because there’s total cooperation between the different religious communities. A bus has dropped off asylum seekers at the church on Sunday afternoon, and the Muslim volunteers spent the day preparing food for them.”

Barbara Lewkowitz, a volunteer with the ‘Interfaith Refugee Asylum Volunteers’, said: “This dinner event is special as we’ve people of all faiths here; it’s the Jewish festival of Passover coinciding with Christian Easter which falls on Sunday.”

“We’ve Muslim volunteers in addition to people from the Karan faith, as well as Jews, Catholics and other Christian denominations. It’s just a way of saying on a very holy day and a week that this is a safe place to be.” 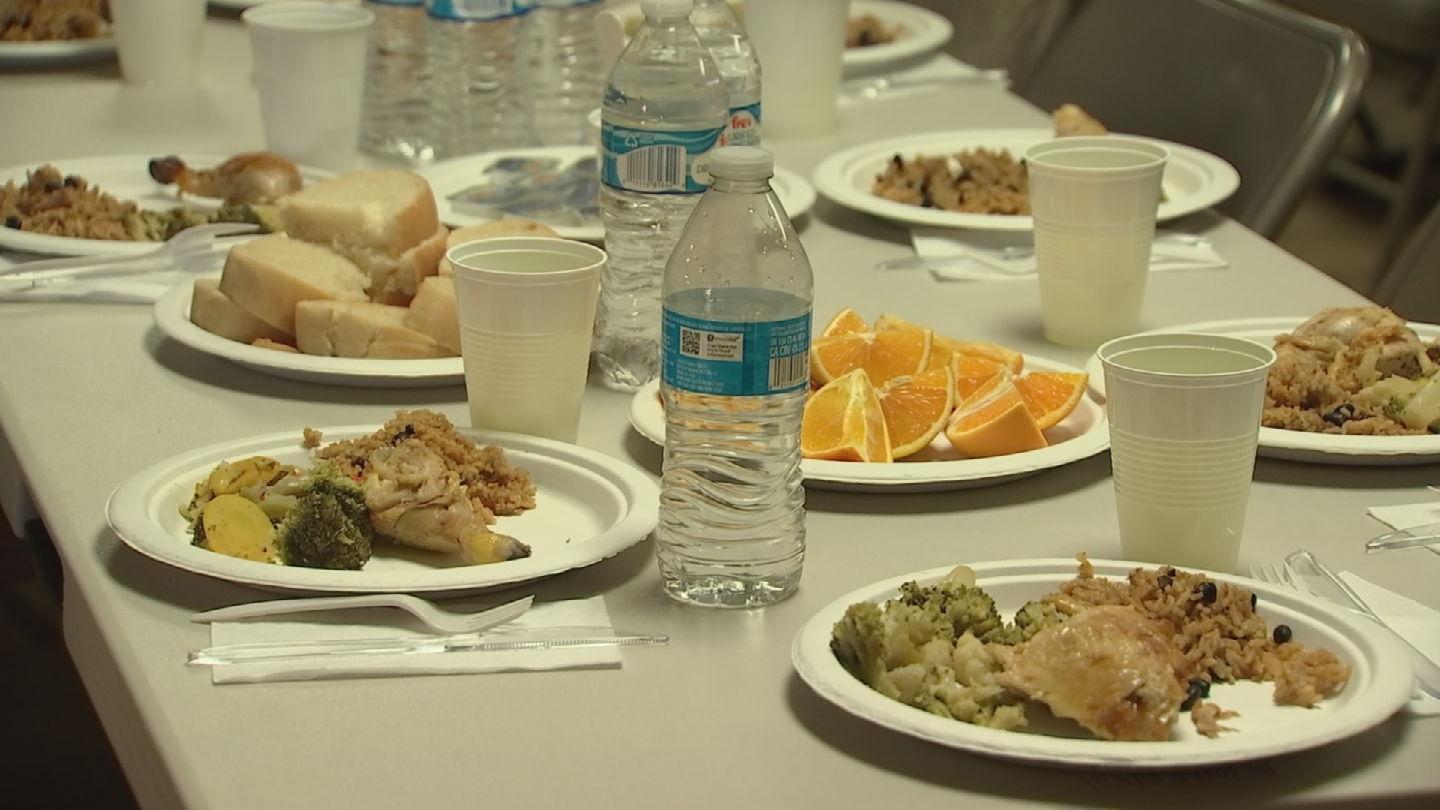 Women from a north Scottsdale mosque helped serve a group of immigrants Sunday, so the Christian and Jewish volunteers could have time off during Easter and Passover.

She remarked that “Most of the refugees come from detention centers because they’re coming on the buses of the U.S. Immigration and Customs Enforcement agency (ICE).”

“We served more than 50 asylum seekers today. This is kind of a way to give them an extravagant welcome to say, ‘welcome to America, and we’re your friends,’” she believes.

“Especially during the past couple of weeks when there have been terrorist attacks against several mosques all over the world, I think it shows real courage, and I think it shows there’s a commitment there’s peace and goodwill for all people,” Lewkowitz believes.

In Islam, the issue of the crucifixion, death, and resurrection of Prophet Jesus is rejected. But  Muslims believe that Prophet Jesus ascended to heaven and will return before the ‘End of Time’.

In fact, there is an almost universal consensus among scholars that the Exodus story is best understood as a cultural saga.

The majority of archaeologists abandon it since there is no indication that the Hebrews ever lived in Ancient Egypt, and Sinai Peninsula shows almost no sign of any Jewish occupation for the entire 2nd millennium BCE, where the Hebrews may have spent 38 years in a narrative and inaccurate chronology.

The United States Census Bureau estimated that the population of Arizona was 7,171,646 people in 2018. As few as 1% of them are Muslims, while Jews represent 2%, and 27% are atheists. The largest group are Christians who represent a total of 66%, while Hindus and Buddhists are 2%.