At this period of ambiguity, Muslims of Cincinnati city in Ohio prefer to reach out and speak up rather than hide and disappear, reported WCPO Monday, February 27.

This decision taken by the Muslim community is led by Shakila Ahmad who isn’t new to this duty for the past 20 years. “But today, during this reign of instability it’s a more important mission than ever,” Ahmad believes.

The former president of the Islamic Center of Greater Cincinnati in 2014 expressed to WCPO Cincinnati that: “We tend to have fear of one another. We make gross generalizations about one another, particularly when we don’t know the other, when in reality we have far more in common than we do different.”

According to Ahmad this has been the case throughout her presidency period of the center, but she assures that it became exceptionally apparent starting from 2016.

In her interview today with WCPO Cincinnati, Ahmed thinks: “Islamophobia has clearly entered the mainstream during the recent presidential election.” 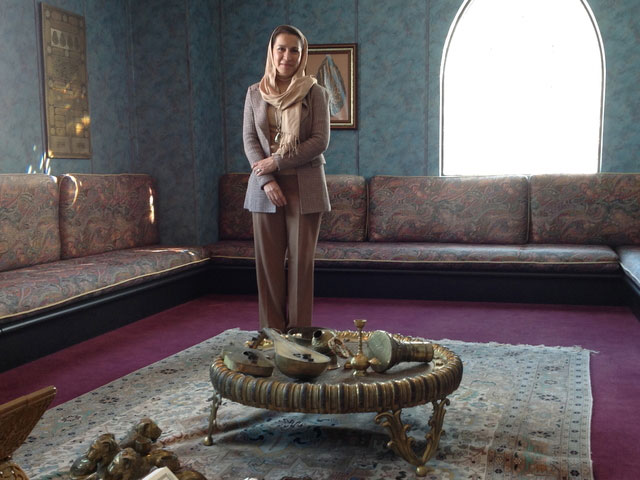 Ahmad refers to the incidents where president Trump claimed several times during his presidential campaign he had seen thousands of Muslims celebrating the terrorist attacks on 9/11, that he would call for a “total and complete shutdown of Muslims entering the United States” and that he would establish a national registry of Muslim Americans.

Considering the outcomes of Trump’s presidency and the American rise of anti-Muslim rhetoric, Ahmad said she feels her community is faced with a choice which she has described as “When people are talking bad about you, when they’re saying nasty, untrue things about you, there are two things you can do. You can either go crawl under a rock because you’re so hurt and so upset, or you can stand up and speak for yourself.”

Ahmad has chosen to speak — and hundreds of Americans have chosen to listen.