Muhammad al-Ninowy had just graduated from medical school at the University of Illinois and was teaching at Georgia Gwinnett College when 9/11 came and changed his life forever, The Atlanta Journal-Constitution reported.

Instead of pursuing a career as an anesthesiologist, al-Ninowy set out on a journey to educate others about his faith.

Over the past decades, he traveled far and wide to spread a message of love and to change people’s perception of religion in general, and Islam specifically.

“I felt that was my calling,” he said.

“The faith I grew up in was not the faith that was being depicted on television at that moment.

“To me, it was inconceivable that a religion based on love and unconditional compassion could be used as justification to commit violence.” 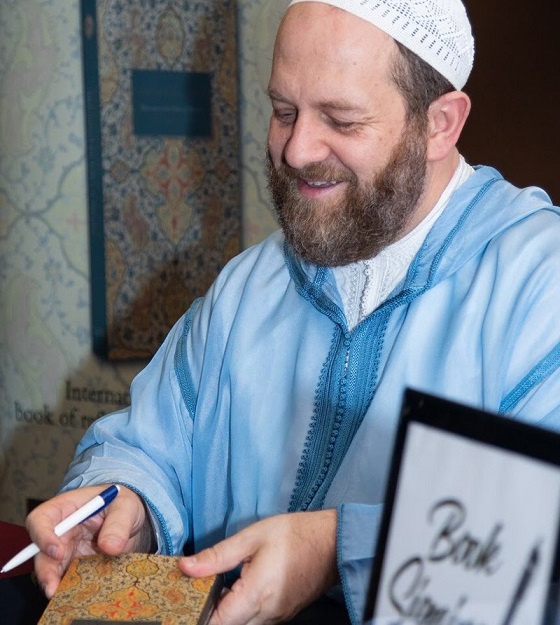 Every day since 2001, he has been holding workshops, seminars and intensive back to basics courses teaching the foundation of the Islamic faith, which is love and unconditional compassion.

Earlier in 2013, al-Ninowy founded the Madina Institute, a mosque and cultural center that houses a seminary and school. The center is one of only a few in the country that seeks to train future Islamic leaders in an American setting with a theology of love.

He recently penned “The Book of Love” that addresses the spiritual components of Islam and religions in general.

Significantly, the Book, which got its debut Sunday at The Carter Center, shares the wisdom of the ancient prophets spanning three major religions.

“This goes with our religious teachings that religion void of love and peace isn’t a religion at all,” al-Ninowy said

“I believe the misconception of Islam has to do with education,” he said. “What we’re trying to teach is love God, love people.”

What Are The True Teachings of Islam?

What Are The True Teachings of Islam? II

What Are The True Teachings of Islam? III

In addition, Dr. Al-Ninowy is the Founding Director of Madina Institute, Madina Seminary, and Planet Mercy. He has campuses in the United States, the United Kingdom, Canada, South Africa, Norway, Sudan, and Malaysia.

Through the Madina Institutes and Seminaries, Al-Ninowy is offering Islamic Studies Degree programs geared toward educating imams and theological scholars. Dr. Al-Ninowy is considered to be a Muhaddith – a scholar of Hadith sciences.