ST. LOUIS, Missouri – For the seventh year, about 1000 Muslim and Jewish volunteers in St. Louis gathered to help the community’s less fortunate, join Christians in celebrating the holidays, and build bridges in the society.

“It’s a really great way for people who don’t necessarily celebrate Christmas to come together and give back,” Cindy Follman, who is Jewish, said while helping her 8-year-old daughter make blankets for cancer patients at the Central Reform Congregation in St. Louis, St. Louis Post Dispatch reported Monday.

“It feels like the right thing to do today.”

The Follman family were among 1000 volunteers who went to community centers throughout the St. Louis area for projects benefiting more than 20 different charities.

The annual event is co-sponsored by the Islamic Foundation of Greater St. Louis and the Jewish Community Relations Council. 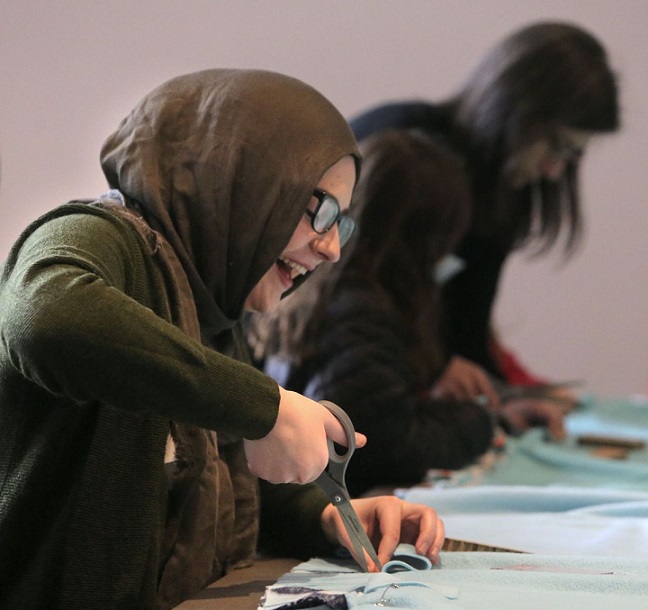 Over the years, bridges of mutual understanding, love, and friendship were extended between followers of both faiths in St. Louis.

“There was a little uncertainty between our communities back then,” Malik said.

“We didn’t know each other well. Now it’s become a holiday tradition for us.”

“Both communities understand the rhetoric that’s out there,” Malik said. “While I don’t want to say we can put a stop to it, it’s significant when we have these kind of activities, because it fights doubts that we’re not typical American citizens like anyone else.”

This year, the event kicked off as volunteers broke bread together at Congregation Shaare Emeth, where they received encouragement from faith leaders about the importance of charity–similarly translated as tzedekah in Hebrew and sadaqah in Arabic–in both religions.

They went on to put together care packages for cancer patients and homeless families, visit with infants and young children at the St. Louis Crisis Nursery, and share a potluck lunch with refugee families at the International Institute.

“Coming together and helping out those who are less fortunate, it’s very powerful to work together and remind ourselves that we’re all essentially the same,” Wahidi, now a college student, said.

“It’s just another act of building bridges between one another and helping to heal those lines of hate and intolerance.”

Wahidi was the first Muslim who Schnell got to know, Schnell said.

“I taught her biology, and she taught me how beautiful Islam is,” she said.

Schnell, who was raised Christian but is also a member of the Central Reform Congregation, went on to befriend Wahidi’s family and visits the mosque where they worship.

“The core of all three religions is to love one another,” Schnell said.

“This is how it should be.”