“What an incredible opportunity for us to interact with so many from the diverse communities we support,” said Superintendent Lise Crouch, Assistant Criminal Operations Officer for National Security during the iftar attended by AboutIslam.net correspondent.

“It is events such as this one that continues to remove barriers for our police officers.”

“The police are members of so many communities and contribute both on and off duty,” noted Superintendent Crouch.

“This friendship dinner highlights the strength in collaboration and respect.”

In attendance at the dinner were the Chiefs of Police, dignitaries from Government offices, Imams and Muslim community leaders, as well as interfaith and civic leaders. The occasion also included Canada’s 150 year celebration. 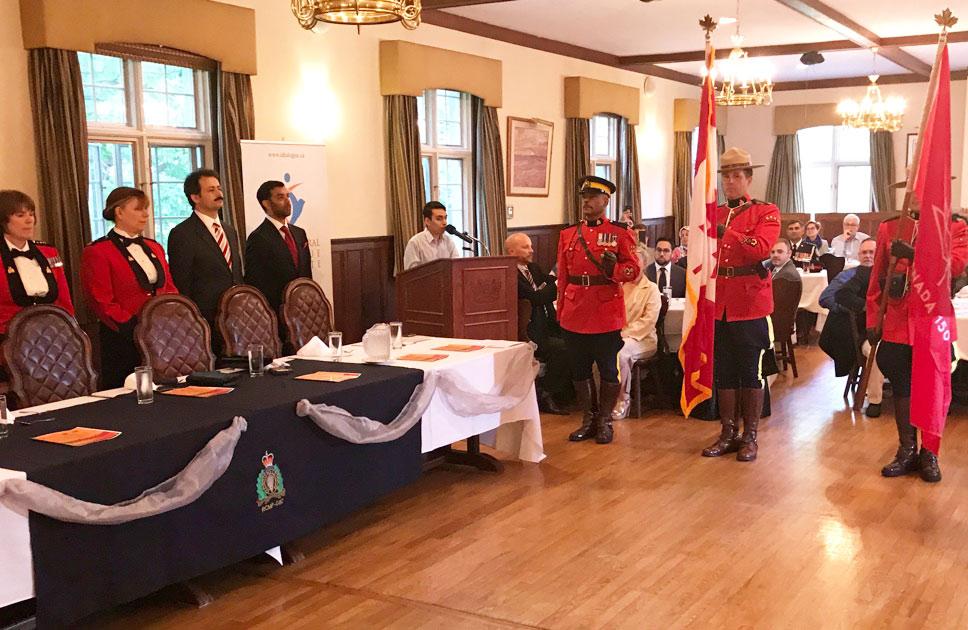 Jeffrey Reitz, Director, Ethnic, Immigration and Pluralism Studies professor at Ryerson University delivered the keynote address and the Master of Ceremonies for the proceedings was Zaib Shaikh, Toronto’s Film Commissioner and Director of Entertainment Industries.

Shaikh is a well-known actor, writer, director and producer and best known for his starring role as Imam Amaar Rashid on CBC’s international hit comedy Little Mosque on the Prairie.

“I would like to thank the Intercultural Dialogue Institute for co-hosting this evening with us,” said Jennifer Strachan, Assistant Commissioner and Commanding Officer of “O” Division (Ontario), in her welcoming remarks.

“Ramadan is a time when Muslims come together as a community to help the needy and give to charity,” she said.

“It is time to extend kindness to our neighbors and for people of different faiths to share their friendship and this is what truly the world needs now.”

“So as families, friends and community come together at Iftar to break bread, I hope all of them and each of us will reflect on the universal values of what Ramadan represents and in the contributions Canadian Muslims are making to all of our communities across Canada,” added Assistant Commissioner Strachan.

“I hope this Ramadan is filled with blessings for you and your family.” 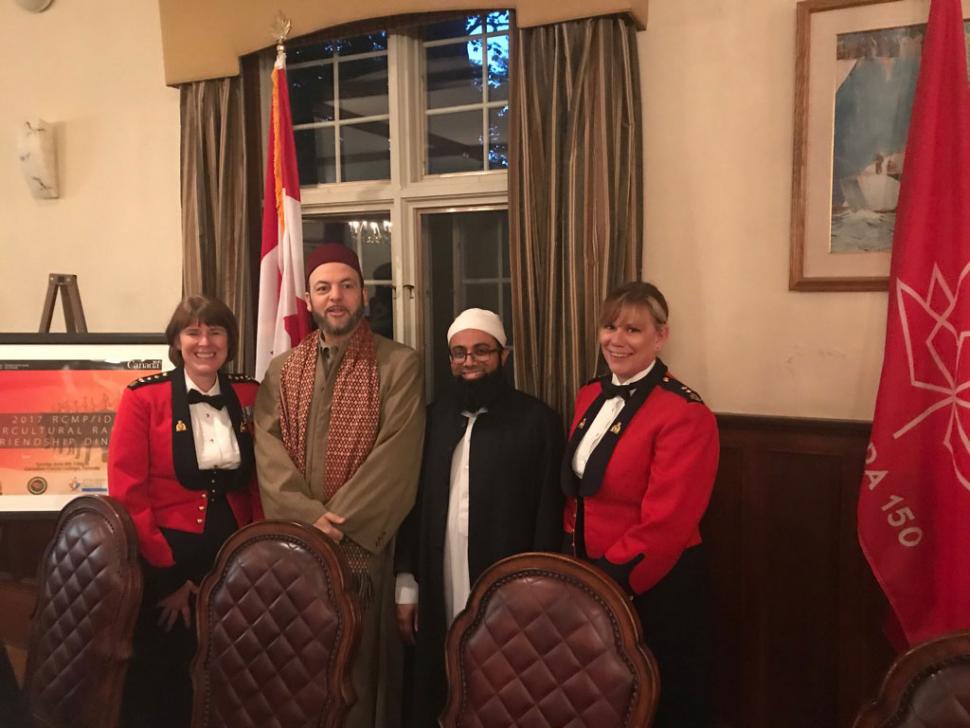 The IDI has been working closely with the RCMP and policing partners in the Greater Toronto Area to promote social cohesion, personal interaction, respect and mutual understanding among people through dialogue and partnership.

“At IDI we are striving to do our best to maintain the social cohesion within our communities,” said Dr. Fatih Yegul, President of IDI-GTA chapter.

“There is no doubt that we all need to work together against the hate that manifests itself through violence inflicted upon innocent people in the name of evil ideologies. We cannot stay silent and simply watch the unforgivable murders that is taking place all around the world.”

“It doesn’t matter whether it is targeting the praying Christians in Cairo, the joyful youth in Manchester, worshipping Muslims in Quebec City, the women and children in Kabul, good Samaritans in Portland, or those crossing the London bridge last night,” continued Dr. Yegul.

“It is the same evil ideology of hatred and terrorism has no religion.”

“We believe the best remedy to counter this hatred is foster genuine dialogue among people of diverse faiths and cultures.”