TORONTO – The 15th Annual Reviving the Islamic Spirit Convention (RIS) concluded on Sunday evening in Toronto with speakers advising the convention attendees to look to their religion for guidance and to work on strengthening their relationships.

“We have to know what our religion teaches us because that becomes our power base and that is indeed our empowerment,” said Dr. Aisha Al Adawiya.

“You know what to do, you have excellent leadership,” she added. “I can only encourage you now to get out and do what you do.”

A capacity crowd of over 20,000 people attended the convention, held in the heart of downtown Toronto over the Christmas holiday weekend.

The theme of the annual event was ‘Promise of God: Conditions of Revival’ and was addressed by renowned Muslim scholars and leaders from around the world.

The current challenges facing Muslims in the West and around the world were tackled throughout the weekend sessions.

“I want to be able to get to a point in our community where we can have uncomfortable conversations about race,” said well-known American activist Linda Sarsour about the issue of racism in American society that was hotly debated on the floor of the convention and on social media.

“We need to be humbled enough to realize we don’t know everything,” Sarsour advised.

“We need to bridge the gap between activists and scholars. We need to speak the same language and make it accessible – spirituality plus activism.”

“Don’t say ‘racism must end’ instead say ‘we must end racism’,” advised Imam Siraj Wahhaj in his closing remarks to the convention. 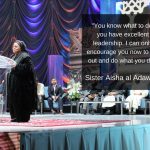 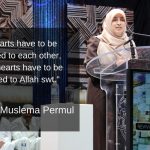 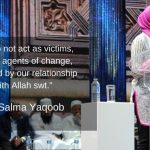 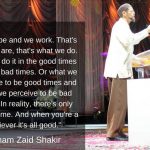 Many of the speakers urged the audience to become civically engaged and work to develop better relationships.

“We do not act as victims,” said British activist, Salma Yaqoob. “We are agents of change, powered by our relationship with Allah.”

“We have to love one another and we have to genuinely care for one another,” added Imam Zaid Shakir.

The Convention is being followed by the RIS Knowledge Retreat, which began on Monday and will run until Friday.

According to the RIS organizers, the weeklong retreat “gives seekers of knowledge an opportunity to study traditional Islamic sciences, in the contemporary context, with some of the leading scholars of our time.”