CAIRO – A 17-year-old Muslim teenager is fighting for his life after a police officer shot him four times for carrying a broomstick in Salt Lake city, sparking angry protests from the public.

“The police said ‘drop it’ once, then they shot him four times,” Selam Mohammed, an eyewitness and a friend of Abdi Mohamed, told Fox News on Sunday, February 28.

“We were trying to break it up before the police even came, but the police ran in on foot and pulled their guns out already, they already had them, like, as soon as he was running he was already grabbing for his gun, not even trying to Tase him or anything…

Mohamed, who was shot on Saturday night, is in a coma fighting for his life in a hospital in downtown Salt Lake City.

According to police report, an officer saw him arguing with a man while clutching a broomstick. 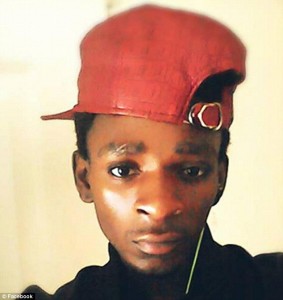 Surrounding them, police allegedly told the boy to drop the broomstick.

When he did not, four “shots were fired” which hit Mohamed in chest and stomach.

Mohamed is from Kenya and moved to Utah about 10 years ago, according to family.

Police issued a statement on Sunday saying that two officers were involved in the shooting, but initially wouldn’t go into any further details.

“I don’t have much details on the shooting itself,” said Det. Greg Wilking of the Salt Lake City Police Department.

“That’s what it sounds like: There was an altercation taking place, and our officers intervened into that altercation.”

The shooting sparked immediate protests from hundreds of people who filled the streets once shots were fired.

The shooting comes amid increasing uproar over the death of three young Muslim in Fort Wayne.

The bodies of Mohamedtaha Omar, 23, Adam K. Mekki, 20, and Muhannad A. Tairab, 17, all of Fort Wayne, were found by police inside a home in the 800 block in East Lewis Street on Wednesday.

The coroner’s office said each died of gunshot wounds and ruled their deaths homicides.

Police authorities said that each was shot “multiple” times in an “execution-style” murder, ruling out that the boys were related to gangs.