OTTAWA – A suggestion by a Muslim officer to include hijab in Ottawa police uniform has reached the ears of the force chief who announced plans to draft a new religious inclusion policy that clearly allows hijab for officers.

The suggestion was first made by Cst. Lila Shibley, the first and only Muslim woman with the Ottawa police, who told All in a Day she thought a hijab policy would encourage more young girls to apply to become police officers.

Though the hijab stance is acceptable, he said he wanted to make the force’s cultural and religious inclusion policy more explicit about allowing officers to wear the head coverings.

“We just want to make sure that, from a safety perspective, whatever dress an officer wears is appropriate for their job,” he said on Monday.

There are no “specific differences” between the existing policy and the notion of a hijab-specific ruling, said Bordeleau.

“We have a policy that speaks generally to respecting cultural and religious differences, but we want to make it clear in our policy that it is acceptable.” 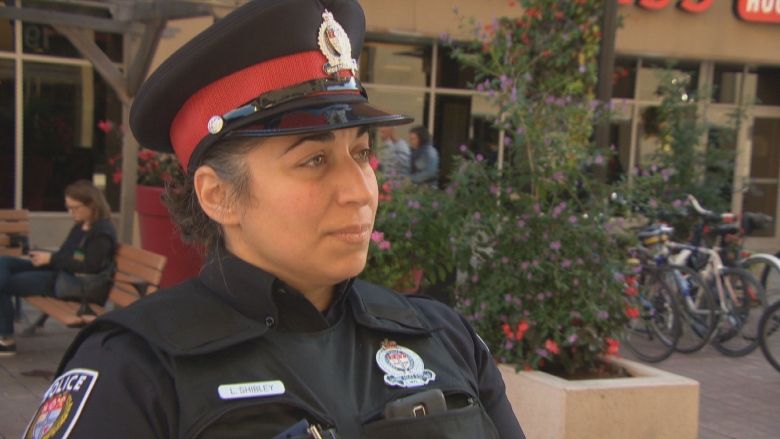 Jubilant officer Shibley said she was surprised by the immediate response of the police chief.

“I feel like it was lightning speed and that’s the best I could ask for, a very responsive chief that’s passionate about diversity and building the service to be reflective of the community we have,” she said.

The Muslim officer said she hopes the new policy will encourage more Muslim women to apply to the police force.

“I think it gives a lot of those female candidates something to strive for,” she said.

“If there isn’t something explicitly out there that says ‘we will take Muslim females wearing a hijab to be police officers,’ there are people out there thinking that’s a barrier.”

Over the weekend, Shibley was given an award from the Canadian Council of Muslim Women recognizing her contributions to policing.

A decade after she joined Ottawa police, she’s still the only Muslim woman on the force.

The officer has become a role model many young girls in Ottawa say they want to follow.

“This is a possibility, even though it’s not a traditional role for a Muslim female, it’s something you can do to make a difference in your community.