Visiting the famous Brooklyn Historical Society archives, Nsenga Knight was shocked as she found nothing about Muslims in the centuries-old archive, The New York Times reported.

“They’re missing a lot of stuff,” Knight, who was raised Muslim in the East Flatbush neighborhood, thought.

“There were hardly any images of Muslims in their archives. They didn’t have that many images of black people.”

But recently, that has changed drastically thanks to oral historians associated with the Brooklyn Historical Society who spent last year traversing the borough, recording interviews with dozens of Muslims. 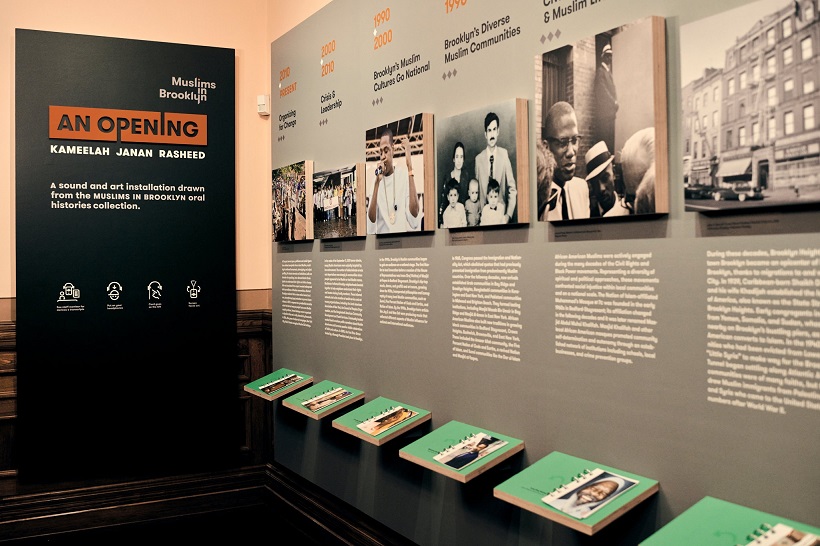 Outside the art installation, the Brooklyn Historical Society takes visitors through key historical moments for Muslims living in New York.CreditChristopher Gregory for The New York Times

The intention was to preserve the conversations to fill what the institution admits was a gaping cultural hole in its famous archives which was established in 1863.

They collected 54 oral histories, which amount to over 100 hours of audio, publishing the conversations online for public listening. Many interview subjects were born and raised in Brooklyn. Others immigrated from about a dozen countries, including Pakistan, Morocco and Trinidad, and Tobago.

The orals discuss everything from the social dynamics in their families, marriages, and mosques to the repercussions after the Sept. 11 attacks and the most recent presidential election.

The idea for this project came from Zaheer Ali, a scholar of Muslims in the United States, who was hired as the society’s resident oral historian in 2015 and drew on his ties to Muslims in Brooklyn to compile an extensive list of potential interview subjects.

“We had created a community of people by forming this collection who didn’t know each other, who never said they identified with each other,” Ali said. “We did it to expand what people understood as being Muslim in Brooklyn.” 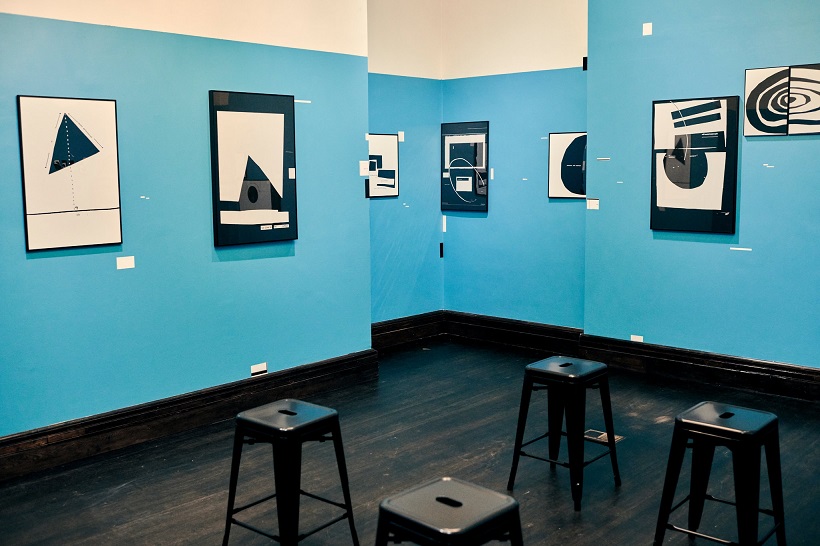 Idris Braithwaite discusses the African-American Muslim tradition of the bean pie when a visitor looks at the artwork, “Too Close to the Surface,” second from left. CreditChristopher Gregory for The New York Times

Visitors to the exhibition are provided with headphones and iPod Touches that attach to lanyards around their necks.

The iPod Touches have a newly created program that recognizes 11 of Rasheed’s larger prints. When visitors walk in front of a print, the program sets off an oral history chosen by the artist. As they walk between the prints, they hear a patchwork of overlapping voices — a murmur, a snippet of speech, a laugh.

At one print, a Brooklyn-born man in his 40s discusses the uniquely African-American Muslim tradition of the bean pie. At another, a woman recalls a childhood in which everyone in her social circle was Muslim, making her feel as though she grew up in a “Muslim country.” 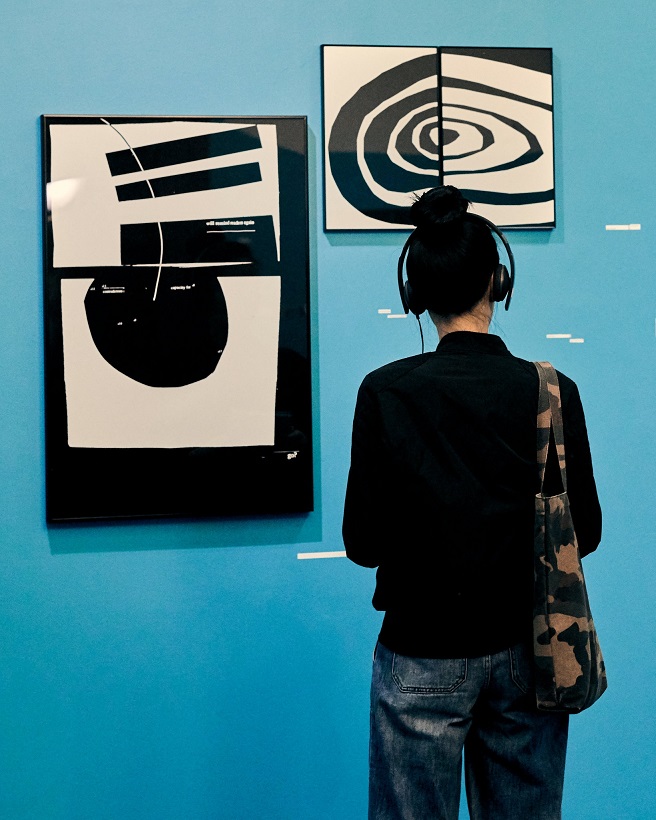 Stacey Salimah-Bell’s audio plays when looking at Ms. Rasheed’s “Will Remind Readers,” at left.CreditChristopher Gregory for The New York Times

The exhibition is one piece of a broad effort by the Brooklyn Historical Society to create an archival presence of Muslims, who comprise about 4 percent of the borough’s population, according to a 2016 analysis by the Public Religion Research Institute.

“There’s an assumption of a homogeneous Muslim identity,” Rasheed said.

“As a person who grew up in an African-American family and who is also Muslim, people forget that we exist at all.”

New York City is home to an estimated 769,000 Muslims. They make up about 9 percent of the city’s population, but represent 22 percent of all Muslims living in the United States, according to Muslims for American Progress.

In 2017 in the city, there were 14 reported anti-Muslim bias incidents, according to the Police Department’s annual report. Last year, there were 14 bias-crime incidents recorded against Muslims during the first three quarters of the year, the most recent data available.