NAJRAN – The bodies of two Saudi Muslim students drowned last week while attempting to save two American children in Massachusetts arrived in Najran on Sunday, AlArabiya reported on July 8.

Theeb Alyami, 27, and Jaser Daham Alrakah, 25, drowned on June 29 as they tried to rescue two small children who were struggling to stay afloat in the Chicopee River in Wilbraham, Massachusetts, US.

The two Muslim youth have being hailed as heroes for their act and are being fondly remembered by relatives and friends alike.

Condolences poured in from all across Saudi Arabia and the US, including from the US State Department spokesperson Heather Nauert, who issued a statement expressing heartfelt condolences.

The heroism of #Saudi students Theeb al-Yami and Jaser al-Rakah, who tragically drowned while courageously trying to rescue children in distress, represents the very best of the int'l students who enrich communities across the United States. We express our heartfelt condolences. pic.twitter.com/dtvtazYJTR

One of the central principles of Islamic Shari’ah is helping others. Both the Holy Qur’an and the Prophetic hadith highlight how helping another human being regardless of faith and cultural affiliations is a fundamental aspect of the Islamic faith.

One verse of the Qur’an mentions that “whoever saves one [soul] – it is as if he had saved mankind entirely.” (Al-Baqarah 5:32). 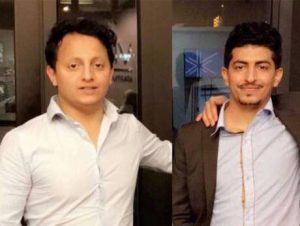 Awad al-Yami, the brother of Theeb informed that his brother along with his cousin Jaser were on a trip last Friday near the Chicopee River in Massachusetts.

They saw two children drowning after their mother failed to save them. Also other people present at the time tried to save the children, but failed because of the heavy current.

Immediately, the two young Saudis jumped into the river, wrestling with the heavy currents. Awad said that while they could save the two children, they failed to beat the current and survive as the strong current swept his brother away, which made Jaser try to rescue his uncle’s son but unfortunately they were both carried away and drowned.

Awad pointed out that the two young men “had high hopes and a vision for the future, and they were always in touch with their families.”

Awad explained that his brother Theeb is third in the family and Jasser is second in his family. He stated that the two young Saudis were due to return home and marry, but fate had other plans, as he said.