ITHACA, New York – About 60 people of different faiths marched together in Tompkins County, New York, on Saturday, November 3, to show solidarity with immigrants and refugees and call for compassionate immigration policies as part of the worldwide “Share the Journey” campaign.

“Let us make this pilgrimage today as a way to stand in solidarity with all those fleeing untenable situations across the world,” Laurie Konwinski, coordinator of Justice & Peace ministry for Catholic Charities of Tompkins County, told The Ithaca Voice.

Konwinski, who organized the walk, said the “Share the Journey” movement was meant to symbolically circle the globe in support of migrants and refugees.

Dorothy Cotton, a civil rights advocate, said the group would carry their message of justice and peace with songs along the route. 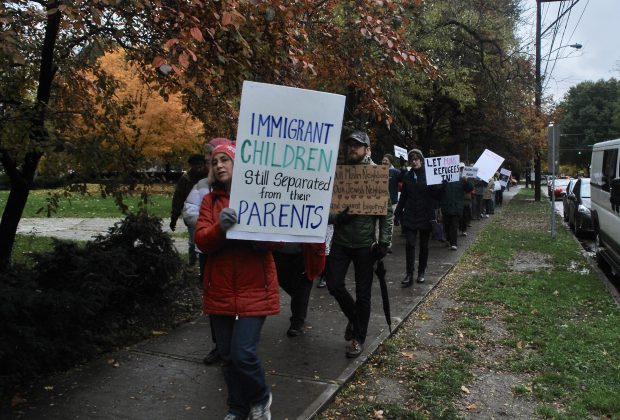 Passing through the Commons and by the monument to Martin Luther King, Jr. the group sang, “We Shall Overcome.” They carried “This Little Light of Mine” down Court Street.

“Let us resolve to stand up against Islamophobia and bigotry of all kinds and let us remember that Jesus was a refugee,” said Peter Ladley, a member of the Peace and Justice Committee at St. Catherine of Siena and of Ithaca Welcomes Refugees. 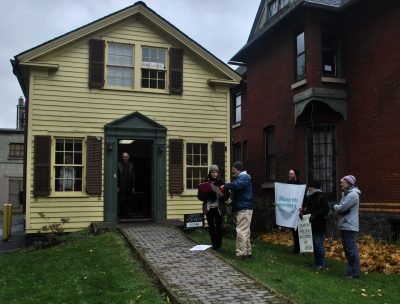 Michael Smith, a member of the First Congregational Church, applauded the First Presbyterian congregation for housing English classes for immigrants.