“I’m so honored that we have an opportunity to hold such a week because it is important to continue to educate students, faculty and administration about a faith that is prevalent among many students on campus,” said Roba Hassan, a sophomore double major in early childhood special education and social behavior science, with a minor in Psychology and the secretary of Muslim Student Association (MSA).

“This same faith is constantly attacked due to ignorance and I think a week such as IAW is almost essential to have in this day and age.”

Events included “Ask a Muslim: Dawah Table,” a “Love in Islam” discussion, a speaker on “Mental Health in Islam,” a “Hijabathon” and a “United Jummah” to close in the week off.

“The Ask a Muslim: Dawah Table event aims to spread knowledge and answer any small or large questions students may have,” Hassan said as she described events held throughout the week.

“We’ll also be holding a bake sale to raise funds for MSA and a large portion will go towards charity.”

“For Love in Islam,” Hassan said, “Dr. Shaakira Abdul Razzaq has taken the time to study about how love is portrayed in Islam and how we can go about achieving different levels of love the way Allah has suggested.”

Students will also be discussing dating and relationships and how that works within the Muslim community.

The Hijabathon event includes invited students to try and wear the hijab for the day while in the evening, a panel will be held to discuss the “beauty of hijab as both a garment and concept,” Hassan said.

Finally, for “United Jummah,” the MSA is hosting their weekly Jummah prayers but for IAW are inviting students across campus to join. 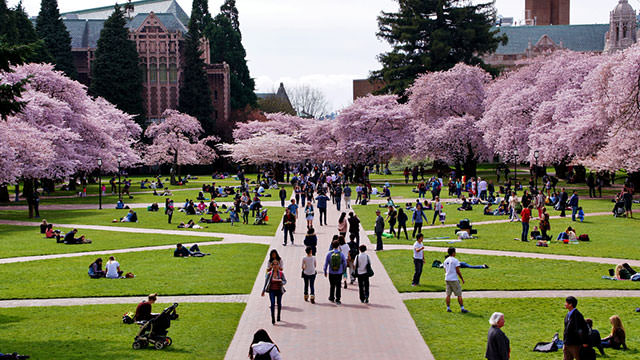 Hosting the week-long event on a Catholic campus has been significant for Muslim students.

“It’s important to teach people about Islam outside of the narrative they get from the media,” Mohamed D Elshekh, a junior double major in international relations and diplomacy and religious studies with a minor in Arabic and the Vice President of MSA, said.

“It is important that people learn about Islam from Muslims the same way they learn about Catholicism from the Catholics here at Seton Hall.”

Nasima Nagim, a senior majoring in accounting and finance, as well as the president of MSA, also commented on IAW and what it means to her.

“It honestly means a lot to have this week on campus and be able to share my religion and really my identity with the rest of the community,” Nagim said.

“Although the planning of the event is stressful, it really makes me happy to see so many members of the community show up, enjoy our events and genuinely have an interest and want to learn more about our community.”

Nagim also went on to describe the importance of having an IAW especially with being on a non-secular Catholic campus.

“I think having IAW extremely important, especially on our campus because I think having these types of events will help inform other students of different faiths,” Nagim said.

“If students are educated then they won’t have this fear or hate of the unknown and we can all learn to live and understand our differences and be a united community.”

The Muslim Student Association, or Muslim Student Union, of the US and Canada, also known as MSA National, is a religious organization dedicated to establishing and maintaining Islamic societies on college campuses in Canada and the United States.

The group, represented across American universities, strives to promote understanding, acceptance, and social cohesion between Muslims and non-Muslims.

New Jersey is one of the most ethnically and religiously diverse states in the country. It has the second largest Muslim population by percentage (after Michigan).