IDAHO – A new short film that capturing the life of Muslim refugees taking their first swimming lesson in America is set to be shown later this month in Boise, Idaho, Idaho Press reported.

“It was such an amazing experience to be able to act in a film that reflects refugees and how they’re seen,” 15-year-old Neekey Habibi said.

Neekey is one the Muslim girls featured in a new short film called, “The Swimming Lesson” which documents the girls’ experience taking a swimming lesson for the first time.

It all started in December 2017 when filmmaker Elizabeth Rodgers, who was looking for a new project, saw some photos of female Muslim refugees who were taking swimming lesson while donning a burkini.

“They were just beautiful photos with the water and (the girls) were having such a good time,” Rodgers said. 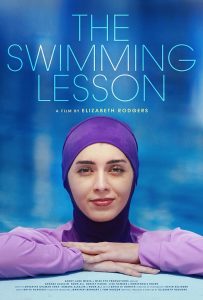 “You don’t see Muslim girls or women in the water very often.”

Rodgers met the girls and suggested to make a film about their new life.

“They had only been in America for about a year and a half at the time,” Rodgers said.

“I was this very strange person coming into their midst (saying), ‘This sounds like a great idea for a movie,’ and they were like ‘What are you talking about?’ You could just see that what I was saying sounded completely foreign.”

Rodgers said slowly the girls came around to the idea of the film.

“I had to convince them that their position in our society as girls, as new immigrants, as Muslims, makes it really interesting and really different than other people‘s experience and worthy of storytelling,” Rodgers said.

When a person is put in a lead role, she said, “you get to know them better.”

“As silly as it sounds, it helps you visualize it, and when you see Muslim teenage girls and they’re putting on makeup, it helps you understand that there is not a difference,” Rodgers said.

“People are people, and there is a universal idea that we have these — as teenagers especially — quirks and anxieties.”

Rodgers said the film gives the audiences a sample of the girls’ world.

Many Muslim refugees have been making records in swimming.

In 2017, two high-school Somali Muslim girls broke barriers in Minnesota, became the first Muslim girls to join the school’s team and two of the first to swim competitively in the state.

In fact, Islam’s code of modesty extends to all aspects of one’s life, including attire.