TORONTO – One of the largest gatherings of Western Muslims, the Annual Reviving the Islamic Spirit Convention (RIS) set to begin on Friday in Toronto, will be marking its 15th   Anniversary this year.

“The convention showcases Islamic leadership from across the globe sharing a common platform before the widest cross-section of our community,” stated RIS in a statement obtained by AboutIslam.net.

“This program hopes to empower the youth across North America and inspire a true revival.”

Thousands of Muslims from across North America and beyond are expected to attend the convention.

They will come to listen to leading Muslim scholars, academics, and motivational speakers, meet and mingle with fellow Muslims, and discuss matters of faith and contemporary issues.

Themed ‘Promise of God: Conditions of Revival’, the convention is set to run from Friday, December 23, through Sunday, December 25, at the Metro Toronto Convention Center in the heart of downtown Toronto.

“It will be a timely discussion on many challenges faced by us collectively and, inshaAllah, find answers to,” said RIS in a release.

“It will be a hopeful and positive response, one that will uplift our soul, inspire our heart and revive our spirit.”

The Reviving the Islamic Spirit convention was first launched fifteen years ago by Muslim youth to tackle the backlash on Islam and Muslims after the 9/11 and to build a bridge of understanding with non-Muslims.

The event has become a staple in Toronto’s downtown core during the Christmas holiday season and an estimated 20,000 attendees are expected from all over North America and around the world, adding a boost to the local economy. 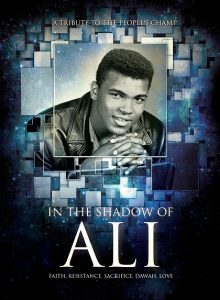 The RIS annual convention is regarded a premiere global event among Muslims in the Western world and an annual meeting place for leading thinkers and theologians.

A special tribute to the late boxing legend Muhammad Ali will be held during the program with his wife, Lonnie Ali, and daughters, Rashed and Maryum Ali, who will be special guests.

A bustling grand bazaar will be a major feature during the three-day event showcasing products, as well as charities and services from around North America and the Muslim world.

The convention will also host an Appreciation Dinner on Friday, December 23rd to honor the visiting scholars and speakers. Dignitaries, community leaders, and political and civic leaders are expected to attend the elegant dinner event.

A parallel children’s program runs every day of the event and a food and coat drive to assist the needy in the Greater Toronto Area will be held.

“Reviving the Islamic Spirit Convention is an attempt by the youth to help overcome new challenges of communication and integration,” noted RIS.

“The convention aims to promote stronger ties within the North American Society through reviving the Islamic tradition of education, tolerance and introspection, and across cultural lines through points of commonality and respect.”