CHICAGO – For Muslims in the west, making mosques more welcoming to the larger millennial Muslim population remains a huge challenge that needs to be addressed properly.

Taking the first step forward, Muslims gathering at the annual MAS-ICNA convention in Chicago during the weekend were introduced to a new initiative looking to improve mosque experiences nationwide.

“Mosques have [been] inhospitable and unsuitable to the lives of many young people today,” Sarah Buageila told the audience as she introduced the initiative of the ISPU (Institute for Social Policy and Understanding), a research entity focused on looking to improve Mosque experiences nationwide.

Sarah is a Project Manager at ISPU and heads a committee that largely specializes in mosque research.

The ISPU is a think tank that has developed a philosophy, through engaging in study groups, interviews, and other research-driven studies nationwide, to observe, document and critique many of the different issues that occur in mosques around the country.

During the session, titled “Making Mosques More Welcoming,” Buageila discussed deep-rooted issues in Islamic spaces, particularly mosques, which are the epicenter of many Muslim gatherings and the forefront of community organizing.

“There is a need to see how mosques can be more attractive to young adults,” she said.

“There is a large need to create an inclusive mosque that welcomes the spectrum of the population.”

The initiative she introduced is called “Re-imagining Muslim spaces as projects.” The main goal is to be able to engage a growing American Muslim population that feels isolated from their local mosques.

“We wanted to do a project on mosques, inclusivity, and effectiveness,” she said.

Moreover, Buageila referred to the positive impact that a larger mosque attendance can yield to communities.

“Mosques do not simply fill a spiritual or religious need. They have positive correlations with our well being, mental health, and other factors.” 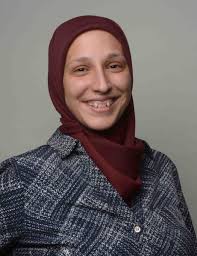 The mission of the project shows a heavy emphasis on the need to be able to engage the young, racially-diverse group of Muslims nationwide.

One of the recommendations is having a “welcoming committee,” demanding a new culture of a welcoming aura that permeates through the entire congregation.

This would include, for example, “purposely sending Salam to people you don’t know at the mosque.”

Furthermore, she highlighted an urgent need from leadership and Khateebs to be engaged in this cultural shift. “Our Imams should and must give Khutbahs on being welcoming,” she added.

At an organizational level, there needs to be a paradigm shift as well.

Buageila states, “Every mosque needs to be able to have a mission statement, to be implemented throughout the course of the year with clear goals and initiatives stated.”

Introducing the new project, Buageila hopes the community could make use of its diverse population to engage younger generations.

“Muslims are the most ethnically-diverse religious group in America,” she said.

“We are almost evenly split between foreign-born and natively born Muslims…A third of Muslims are under the poverty line…Muslims are the youngest religious age group, with over 80% being under the age of 50…Young Muslims are as likely as Older Muslims to place religion as a major factor in their lives.”