DEARBORN — A Lebanese American Muslim woman from Dearborn has decided to tour the globe with an ambitious long list of world regions and she has already checked many off it.

“You learn so much about yourself,” 31-year-old Malak Ouza, who works as a case manager for a health insurance company, told Arab American News on August 25.

“It just makes you realize how blessed you are and how courageous and brave you can be. It’s something I never thought I would be doing.”

In her vacations, Ouza said she travels internationally two to four times a year and has now been to 18 countries.

In October, after next her trip to Spain, Portugal, and Morocco, she’ll have been to 21.

She also informed that she’s been traveling with her family since she was very young to destinations like Egypt and Dubai, and to visit her parents’ home country of Lebanon.

Ouza said she’s gained a lot by traveling alone and that her experiences have been fulfilling.

Yet, there were some scary moments.

“I can honestly say it can be scary at night,” she said.

“Just like anything in life, know your surroundings, don’t go out at night if it’s not necessary. Have a positive mindset, an open mind and just believe that it will be a good trip and it will be.”

As a visible hijabi Muslim, Ouza said she’s never faced discrimination or harassment because of her hijab while traveling. On the contrary, she said she sees her hijab as a source of strength and protection.

“I respect everyone’s religion and everyone’s belief, but for me it makes me feel like God is always protecting me. I feel like the veil isn’t a barrier. It’s part of my identity and who I am. I feel very comfortable and confident with it,” Ouza expressed. 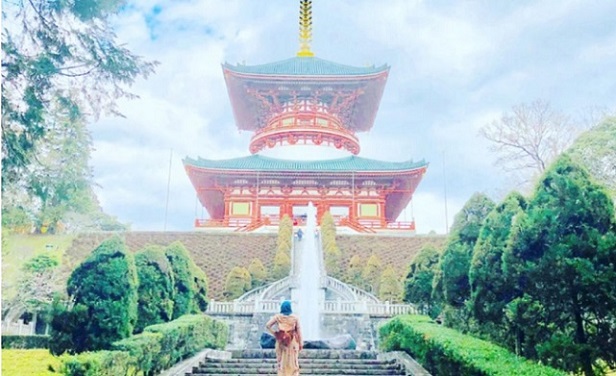 The experienced traveler said she wants to encourage others not to be fearful of people with other beliefs and cultures, and to go out of their comfort zone.

“I think the world is pretty cool and people need to go out and experience it more. People can be very friendly, diverse, and very open-minded. People just want to get to know each other, their story and have a good time,” she said.

Ouza described her most recent trip to Bali in the world’s most populous Muslim country, Indonesia, as one of her favorites.

She cited her friendship with her driver over the course of the trip where they shared personal life experiences.

Ouza meets new friends from all over the world who she stays in touch with over social media. The countries still on her list to visit include Italy, Switzerland, Prague, New Zealand, Fiji, Austria, Turkey, and Peru, as well as many more.

According to a joint study from the Global Commission on Aging and Transamerica Center for Retirement Studies, in partnership with the US Travel Association, traveling keeps you healthier.

The study found that women who vacation at least twice a year show a significantly lower risk of suffering a heart attack than those who only travel every six years or so.