LONDON – They chanted, “Four more years,” repeatedly, wishing, hoping, that perhaps, somehow, Barack Obama would remain as president of the United States. But he responded, “I can’t do that.” The nature of the American political process would not allow for it.

Watching President Obama’s speech last night, I felt one of the hardest moments of my life. Despite his political flaws, such as lifting sanctions against Burma whilst they continue a genocide against the Rohingya, so severe that even the Dalai Lama weighed in criticizing Buddhists, even his inability to close down Guantanamo Bay, a bane on the values of justice and accountability which America has in our time exported around the globe, President Obama aroused the souls of citizens across his nation and the globe.

“We are all created equal, endowed by our Creator with certain inalienable rights… Not that our nation has been flawless from the start, but that we have shown the capacity to change and make life better… That is after all, why we serve.”

These words reminded me of a saying from Abdullah Ibn Masud, one of the companions of Prophet Muhammad (peace be upon him) who once said, “I become angry when I see a person unoccupied, for he neither works for the affairs of this world, nor for the affairs of the next.”

As our population grows, technologies improve, data explodes, our ability to engage and interact with our leaders means that all of us share a responsibility to ensure that those who represent us, do so in our best interest.

“Protecting our way of life, that’s not just the job of our military. Democracy can buckle when it gives into fear. So just as we as citizens must remain vigilant against external aggression, we must guard against a weakening of the values that make us who we are… For all of our outward differences, we all share the same proud title, the most important office in a democracy: citizen.”

These words brought immediately to mind the Qur’anic commands to “Conduct your affairs by mutual consultation.” (42:38) and “to consult people in matters” (3:159). 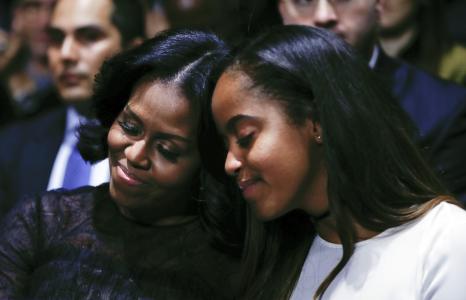 Prophet Muhammad (pbuh) may have been a leader in his own right, but he would regularly seek counsel from those around him, men and women, a tradition followed after his death. For example, when Caliph Umar died, the committee which selected the next Caliph not only held their meeting in the house of Faitma bint Qays, but as Imam Muslim noted, they took advice from her.

The underlining principle is that the rights for all are respected and those who are qualified offer their counsel. And even those who are not, still have their voices heard. The instance of Caliph Umar walking in the street with Al Moalla ibn Garold al-Abdi is important.

She interrupted their conversation and began complaining to him, saying that she knew him from the age of a little boy and that now as the leader of the Muslim community he had to behave properly and fairly. Hearing how she spoke to Umar, Al Moalla interjected, “Beware! You servant of Allah! You have caused the Prince of believers to cry!” But this upset Umar who told Al Moalla, “be quiet! Do you have any idea who she is? This is Khawla, the daughter of Hakeem, it is her argument that Allah heard in heaven. If Allah listened to her complaint (and revealed a verse from the Qur’an), shouldn’t I Umar also listen to her?” [Abu Dawood, Saleel al-Saileen, p140]

Dignity and honor towards women is of course one of the most beautiful aspects of President Obama’s leadership: “Michelle… For the past 25 years you have not only been my wife, the mother of my children, you have been my best friend.” And speaking of his daughters, “Smart, beautiful, but more importantly, kind, thoughtful and full of passion.”

One set of statements which resonated through me was a beautiful reminder from President Obama: “Our constitution is a remarkably beautiful gift. But it’s really just a piece of parchment. It has no power on its own, we the people give it power. We the people give it meaning, with our participation and with the choices that we make, and the alliances that we forge… That’s up to us…. That’s why I reject discrimination against Muslim Americans who are just as patriotic as we are”

These sets of words reminded of our faith and the role the Qur’an plays in our lives. To all extents and purposes, the Qur’an is a text, documented on different materials, narrated with different voices. And the Qur’an will always be ‘just that,’ until we as people give value to its messages. Message of love, kindness, honor, dignity, and justice; towards all people, irrespective of their faith. Remember the Qur’an forbids Muslims from harming any person who does not harm the community of Muslims.

Moreover, Prophet Muhammad (pbuh) interpreted the Qur’anic instructions, embodying them in the Constitution of Madinah, obliging all Muslims to honor their relationships with their non-Muslim partners and neighbors by providing a safe environment in which to live and believe, freely.

This idealism is what Obama referred to when he said, “Our democracy is threatened whenever we take it for granted,” as for every effort to bring people together, closer, to build bridges, there will always be those who choose to act selfishly and wish to divide us on the grounds of race, culture and faith. And despite Prophet Muhammad (pubh) stating clearly that race and heritage do not define our merit, but instead it is our good deeds, how likely would it be for any black person to become the leader of a predominantly non-black Muslim nation? This is, despite its flaws, the positive example America.

Thank you President Obama. Your time in office showed that even the most powerful person in the world cannot solve all of the world’s problems, but you can chip away at them slowly, adding value. It is our responsibility as human being to continue this tradition of improving the quality of all of our lives, even if it is just one day at a time.

I close with the first words spoken by President Obama when he took to the podium last night, “Hello Chicago, it’s good to be home.” For if we can make our lives the same as the comforts we aspire to have at home, all of our lives can and will be beautiful.