A Methodist school in Winchester, Virginia has hired a Muslim chaplain for the first time to support their student’s religious needs and draw in more Muslim high school students.

“Shenandoah [University] is open to people of all faiths, or no faith, exploring their belief system and being leaders in this world for the greater good,” dean of spiritual life Rev. Dr. Justin Allen said, according to Diverse Education.

“Hanaa [Unus] provides the opportunity to be what we always say we value, and that’s a place that cherishes religious diversity.”

Unis is the first chaplain in the school’s nearly 150-year history to not identify as Christian. She was tasked to work with all students, regardless of their religion, to address their spiritual needs.

“College is a delicate and defining period in a person’s life,” Unus said in a press release. “Hopefully, if students can learn about different faiths and different cultures, they can go out into the diverse world and be the change-makers Shenandoah hopes they will be.” 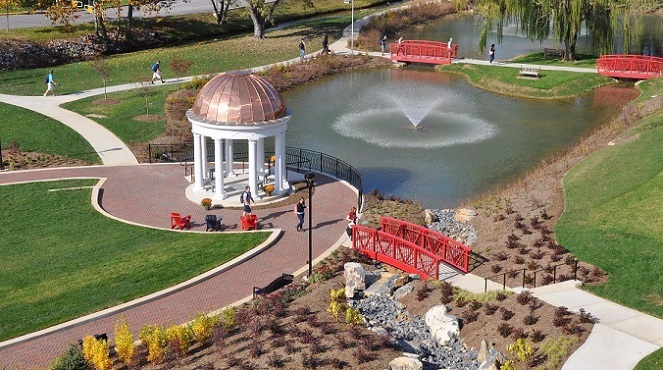 Muslim Chaplains in the US

Though chaplaincy has roots in the Christian tradition, Muslims in America have embraced the model as a way to provide faith-based guidance in institutional contexts, particularly in the military, on campuses, in hospitals, and in correctional facilities.

Muslim chaplains often serve both Muslims and non-Muslims, offering spiritual support and guidance, and in recent years, chaplains have acted as intra-institutional leaders who work towards greater interfaith understanding and community engagement.

Today, Muslim chaplaincy in the United States has moved away from da’wah towards a focus on support and pastoral care, according the Association of Muslim Chaplains, a professional organization begun in 2011.

The Association of Muslim Chaplains, along with Boston University School of Medicine, in April released a survey of Muslim chaplains in America.

It found that challenges included the need for more “strong Muslim institutions” to conduct the training and provide financial support, personal support, gender expectations and the social climate.