LONDON – As details emerge of the murder of 59 people with over 500 injured in Las Vegas, the worst gun crime incident in American history to date, all of our thoughts and prayers are with the victims who have died, those who are injured and those around them. Our thanks and gratitude go to the emergency services and passersby who lent a hand.

Despite his brother, Eric Paddock, telling CBS News that he was ‘not an avid gun guy at all,’ over 40 firearms found in the hotel room of 64-year-old Stephen Paddock, along with an additional 19 firearms, explosives and thousands of rounds of ammunition at his home in Mesquite, Nevada.

The man ‘brave enough’ to murder innocent bystanders was actually the epitome of cowardliness, as the local sheriff reported, “We believe the individual killed himself prior to our entry.” He took control of his life, a luxury he did not afford his victims.

But beyond the tragedy of murder, and his own family not knowing how unstable and dangerous Stephen Paddock was, there is another matter which needs to be addressed: the importance of words.

Just a few days ago, the superintendent of the US air force academy, Lieutenant General Jay Silveria, responded to racist graffiti at the academy’s school: “If you’re outraged by those words then you’re in the right place. That kind of behavior has no place in the United States air force. You should be outraged not only as an airman but as a human being.”

At a time when there is an absence of dignity and decency from the American president with regards to gender, race, and religions, Lt Gen Jay Silveria filled the void, by speaking out about the abuse of words, and provided the much-needed leadership that actually “makes America great.” 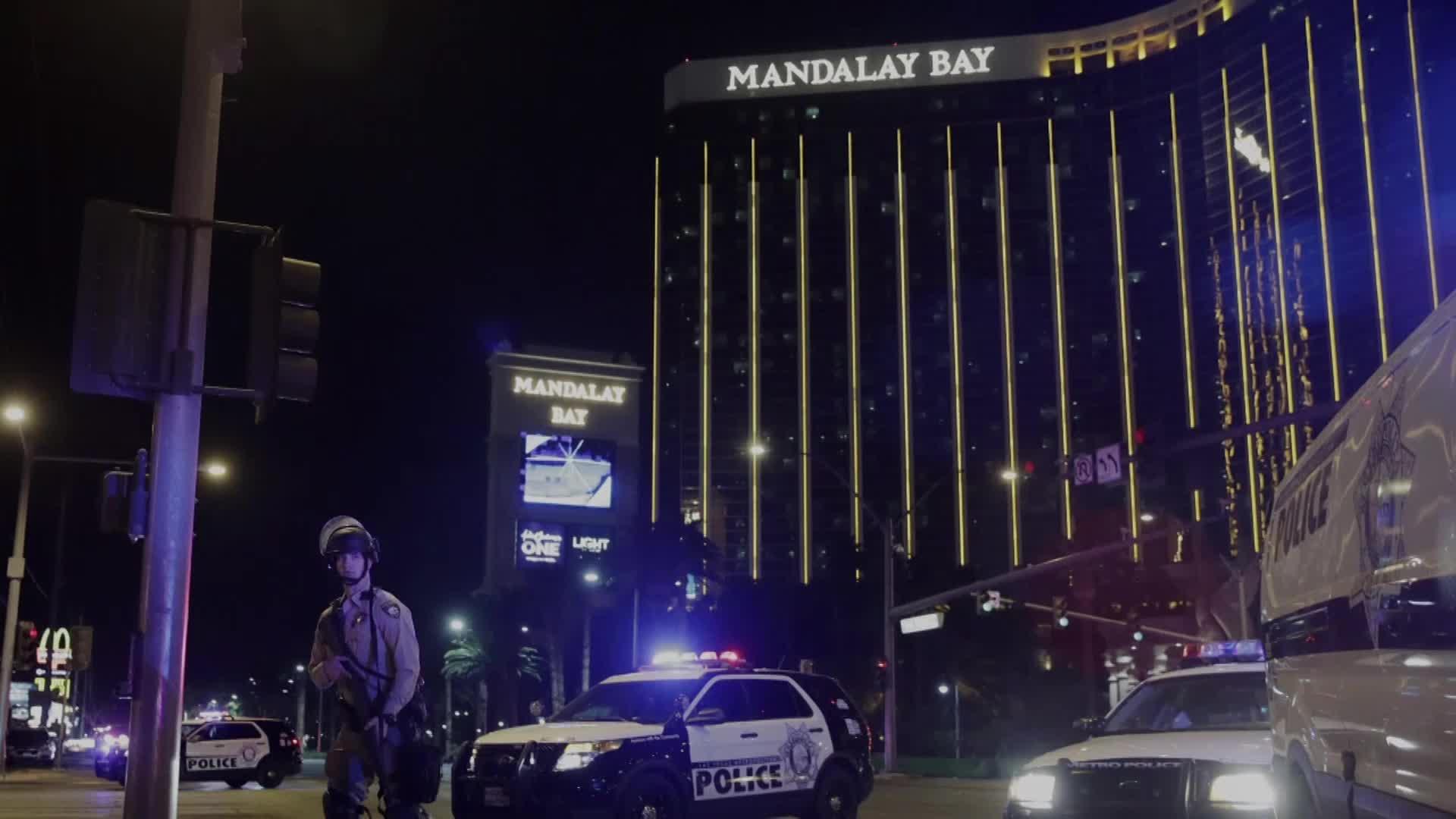 But, there is another elephant in the room.

Why is it that the perpetrator of the worst gun violence incident in the United States has not been referred to as a terrorist, despite Nevada’s State Statute reading that an “act of terrorism means any act that involves the use or attempted use of sabotage, coercion or violence which is intended to cause great bodily harm or death to the general population?”

Perhaps it is more palatable for the American public as a means of managing their expectations and responses towards gun crime, to disassociate the label of terrorism when it is conducted by a domestic home grown white person; for attaching the label onto someone who is ‘foreign’ means you can disconnect between the misperceived safety of self vs, and, by passing the blame onto others.

British Muslim Miqdaad Versi, the Secretary General of the Muslim Council of Britain, authored a Tweet on this subject: “A non-exhaustive comparison of the response by President Trump to terror attacks depending on whether the perpetrator(s) or victims are Muslim #disappointing”

A non-exhaustive comparison of the response by President Trump to terror attacks depending on whether the perpetrator(s) or victims are Muslim #disappointing pic.twitter.com/qPbsAtULus

Similarly, CBS news correspondent, Jamelle Bouie, Tweeted, “That Las Vegas authorities have ruled out terrorism at this early stage is another example of how the idea has all but been racialized.”

That Las Vegas authorities have ruled out terrorism at this early stage is another example of how the idea has all but been racialized.

And while I am not generally a fan of the phrase ‘white privilege’, which personally I find is misused all too often, Las Vegas is the perfect example of how a crazy white man with a hidden obsession for guns can go on a rampage, murder dozens, injure hundreds, be responsible for the worst gun related crime in American history and still not be called a terrorist.