IOWA – As the holy fasting month of Ramadan approaches, a group of Iowa Muslim teens has embarked on a mission of encouraging their neighbors to host iftars this Ramadan to build bridges between people of different faiths.

“We’re not protesting anything or anyone,” Fez Zafar told Des Moines Register.

“We want to bring a greater sense of unity and harmony to this country.”

At sunset, Muslims break their fast in meals called iftars.

In the late 1880s, Iowa had an influx of Muslim immigrants from a region that’s now part of Lebanon.

In 1934, the Islamic community built the Mother Mosque of America in Cedar Rapids. It’s thought to be the oldest American mosque specifically built as a mosque.

However, less than 1 percent of Iowans are thought to be of the Muslim faith, according to the Pew Research Center. 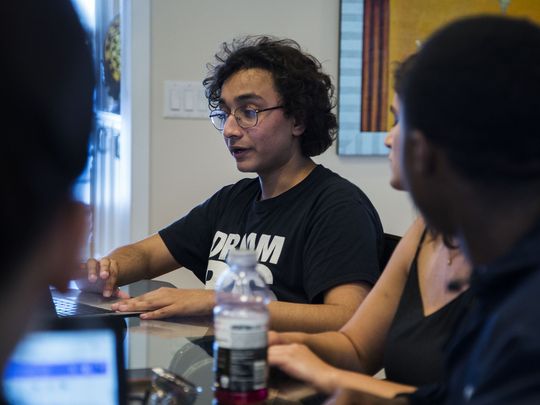 Along with Zafar, many students from different faiths have been buoyed by the recent wave of teen activism and a nationwide effort encouraging more people to host and attend evening meals during Ramadan.

“We live in the same world; we might as well coexist,” said Alejandro Zarate, an East High senior.

“We all have different religions, political ideas. It’s important to talk with each other without being so brutal to each other.”

In addition, the teens are planning a private, invitation-only event at the World Food Prize Hall of Laureates.

According to Zafar, the effort is to acknowledge the importance that Muslim Americans placed on the White House’s annual iftar dinner, a tradition that started more than two decades ago and ended by President Donald Trump.

“This generation is starting to push up what they believe,” said Anna Van Heukelom, a Roosevelt senior.

“Youth are the change coming.”