An interfaith organization has issued a statement to support Imam Omar Suleiman following right-wing attacks targeting him after leading a prayer to open Congress Session on Thursday, Muslim Matters reported.

“Imam Omar Suleiman a spiritual and moral voice for peace with justice!!!!!” Faith Forward Dallas at Thanks-Giving Square wrote in the statement.

“Time after time in our city, in the United States and around the world, Imam Omar Suleiman has been a spiritual and moral voice for peace with justice. When others seek to divide, he calls for unity. Faith Forward Dallas at Thanks-Giving Square works to unite faith leaders for justice and compassion.

“Imam Suleiman has been a trusted leader among us. In the wake of his beautiful prayer to open the House of Representatives on May 9, he has received threats of violence and words of vilification when instead he should have our praise and prayers. We call upon people of good will everywhere to tone down the rhetoric, to replace hate with love, and to build bridges toward the common good.”

It all started on Thursday when imam Suleiman from the Yaqeen Institute for Islamic Research, based in Irving, Texas, delivered a prayer at the opening of a session at US House of representatives.

“Totally unacceptable that Nancy Pelosi had Omar Suleiman give the opening prayer yesterday in the House. He compares Israel to the Nazis & calls them terrorists, supports the Muslim Brotherhood, incites violence calling for a Palestinian intifada & the end of Zionism, etc. Bad call,” he wrote in a tweet.

The congressman’s comments were followed by a volley of articles from the Jerusalem Post, right-wing website Breitbart and a number of more obscure news sites, including the Ohio Star, which called Suleiman “militantly anti-Semitic”. 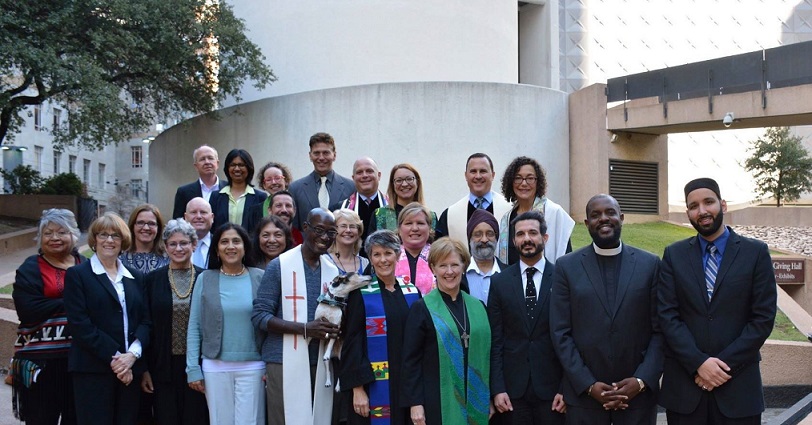 Suleiman, a respected American Muslim scholar and civil rights activist, is also a professor of Islamic Studies at Southern Methodist University in Dallas.

Commenting on the attacks he told Middle East Eye, “It is clearly part of an attempt to erase Muslim leaders from public life and also to keep deflecting from the real anti-Semitism of the right.”

On Sunday, he wrote an editorial on Dallas News to comment on the latest attacks.

“When I said this prayer on the US House floor on Thursday, I held in my heart the Jews in Pittsburgh and San Diego, the Christians in Sri Lanka, and the Muslims in Christchurch I had the opportunity of burying and praying upon.”

The imam expressed shock he was tagetted by hateful comments calling him “anti-Semitic”.

“I have never attacked the Jewish community or peddled conspiracies about it. So imagine my surprise to be accused of anti-Semitism on Fox Business by Dallas Pastor Robert Jeffress, of all people, and Fox host Lou Dobbs, and online by Rep. Lee Zeldin, a Republican from New York who doesn’t know me,” he added.

“This hate seeks to silence, intimidate and bully American Muslim leaders. It also seeks to fracture the crucial alliances that have been formed to challenge it.”

Imam Sueliman is the Founder and President of the Yaqeen Institute for Islamic Research and a Professor of Islamic Studies at Southern Methodist University.

He is also the Resident Scholar of the Valley Ranch Islamic Center and the Co-Chair of Faith Forward Dallas at Thanks-Giving Square.

He served as the imam of the Jefferson Muslim Association in New Orleans for 6 years and directed the “Muslims for Humanity” Hurricane Katrina relief effort in late 2005.

He co-founded the East Jefferson Interfaith Clergy Association and was awarded for his outstanding civic achievement by the Mayor and City Council of New Orleans in 2010.

He also founded MUHSEN, a non-profit umbrella organization aiming to provide a more inclusive environment for Muslims with disabilities.

In the 2000s, he was noted on a national level as being a strong advocate of community service, interfaith dialogue, and social justice, and was awarded for his outstanding civic achievement by the Mayor and City Council of New Orleans in 2010.

He has been featured in the rising stars section of Ozy Magazine and dubbed “The Religious Leader Dallas Needs” by the D Magazine.