DALLAS, Texas – Showing hijab as a sign of empowerment, a Muslim group from Dallas, Texas has launched a billboard campaign to inform people about hijab and counter misconceptions triggered by the political atmosphere, Texas Public Radio reported.

“It’s very difficult at times for Muslim women to go out in public wearing a veil,” said Ruman Sadiq, an outreach volunteer with the Dallas Chapter of the Islamic Circle of North America.

“We face a lot of discrimination in educational institutions, in the supermarkets and public arenas.”

The six billboards feature a woman wearing a hijab, along with a 1-800 number and the words: respect, honor, and strength.

The campaign is not the first of their kind in the country, designed by a group called GainPeace, which encourages non-Muslim Americans to contact the organization for a better understanding of why Muslim women wear the hijab.

Other billboards have gone up across the country, including Houston and Chicago. 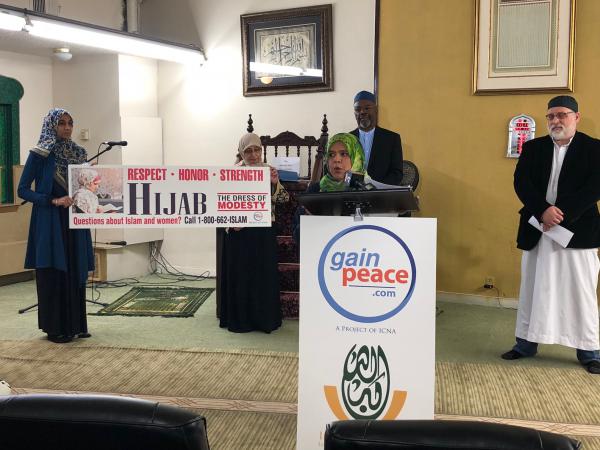 The groups want to show that the hijab is a sign of empowerment and that women of other religions also cover their heads, such as Mary and nuns.

“It is also a form of liberation from strangers who dictate how women should dress in the society to be successful,” Sadiq said.

“It’s to free us ourselves from being judged by our physical beauty, but rather our intellect and our character. It’s to preserve our modesty.”

Earlier this month, local Muslim women set up a table with information about Islam and the hijab at Klyde Warren Park. They also had various hijabs in different colors that women could try on.

“There’s no oppression on both as the Qur’an tells us there’s no compulsion in religion,” she said.

GainPeace hopes this campaign will help different religious groups in the US have a better understanding of Islam.

They say they’ve already gotten many phone calls, as the campaign started to attract attention.