Members of the House Judiciary Committee are brought to tears during the testimony of Mohammad Abu-Salha, whose daughters and son-in-law were gunned down in Chapel Hill, North Carolina in 2015.
aaa

Four years on losing his two daughters and son-in-law, North Carolina Dr. Mohammad Abu-Salha brought members of the House Judiciary Committee to tears as he recalled his loss on Tuesday, New Observer reported.

“Three beautiful young Americans were brutally murdered, and there is no question in our minds that this tragedy was born of bigotry and hate,” Dr. Mohammad Abu-Salha told a U.S. Congressional committee Tuesday, according to a live video feed.

Abu-Salha spoke during a hearing on “Hate Crimes and the Rise of White Nationalism.”

The US Department of Justice investigated the deaths as a hate crime, but the killer Craig Hicks was ultimately charged with three counts of first-degree murder. He has not yet stood trial.

“I ask you, I truly plead to you not to let another family go through this because our government would not act to protect all Americans,” Abu-Salha said during the hearing.

The hearing was called in part as a response to the live-streamed terrorist attack last month at two mosques in Christchurch, New Zealand. 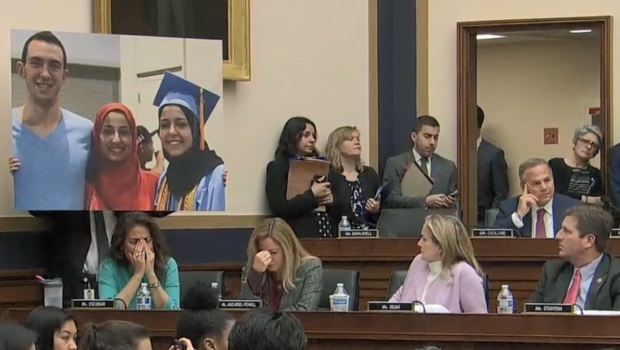 Members of the House Judiciary Committee are brought to tears during the testimony of Mohammad Abu-Salha, whose daughters and son-in-law were gunned down in Chapel Hill, North Carolina in 2015.

During questioning, Abu-Salha recounted some of the hateful messages he saw online after his children’s deaths.

He described seeing a tweet that said “three down, 1.6 billion to go,” referring to the global Muslim population.

Another tweet he recalled was in praise of his children’s accused murderer: “Greg Hicks should be given the Medal of Honor and released from custody.”

Abu-Salha urged the US government to take action to stop hate online.

“We miss our children so much. At times the pain is just as sharp now as when they died. I ask you, I truly plead to you, not to let another American family go through this because our government would not act to protect all Americans,” Abu-Salha said.

“Please remember them, Yusor, Deah, and Razan. They are my children and they are gone.” 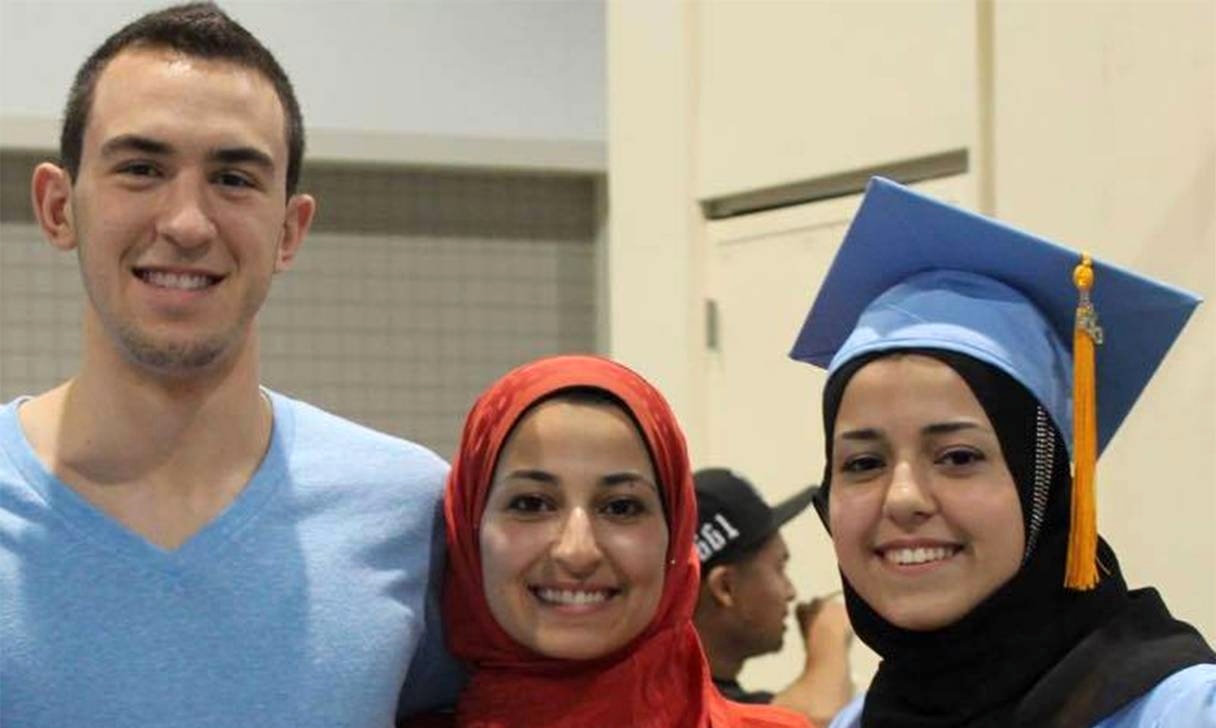 Over the past years, the family has been working to keep the victims’ legacy alive.

Since their deaths, the Our Three Winners Foundation was established by family members of the victims.

It aims to end hate crimes “through a preventive, rather than reactive approach.”