QUEBEC, Montreal – Canadians have started a new fundraising campaign for a Canadian Muslim who took seven bullets when he tried to distract the gunman inside Quebec mosque last January, after which he was paralyzed.

“What a hero. He’s a hero and he’s a Canadian hero. One that we should be celebrating and supporting,” said Amira Elghawaby, a member of the Ottawa Muslim community who recently traveled to Quebec City, Global News reported.

Derbali took seven bullets, two in his spinal cord, as a gunman opened fire at the Centre Culturel Islamique de Québec in Quebec City on the evening of Jan. 29.

Instead of running away, he stood in the mosque and drew the attacker’s focus on himself, in the hopes of saving his fellow congregants.

“I tried not to panic or flee,” Derbali recently told The Globe and Mail.

“I tried to concentrate so that he wouldn’t fire on others. I would rather have been paralyzed for life than to have fled and been left unscathed, without having done something to help people.”

Six Muslim men were killed in the targeted attack on the Quebec Islamic Cultural Centre on January 29.

Derbali was shot several times at close range and rushed to a local hospital in Quebec City, where he spent two months in a coma.

When he woke up, he found that he was paralyzed from the chest down. 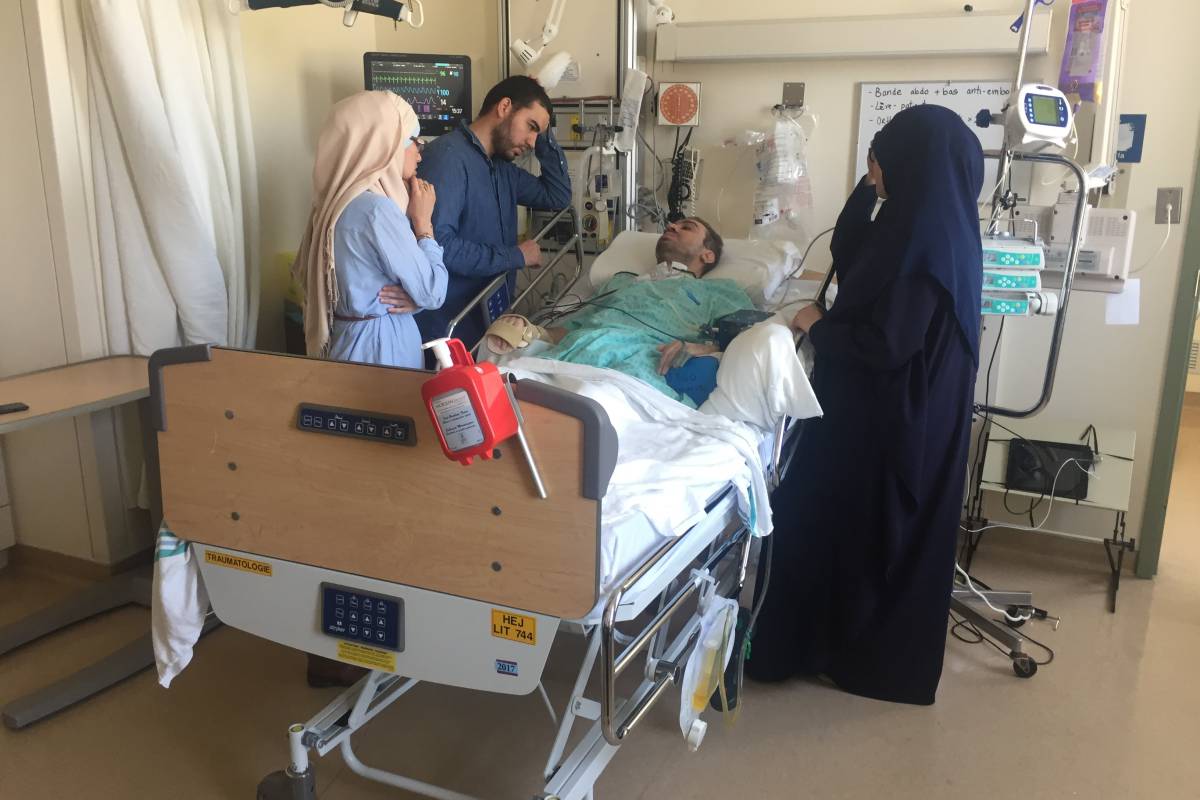 Calling him a hero, Canadian Muslims started a fundraising campaign to help Derbali, whose wife and three children currently live in a small apartment on the fourth floor of a building in Quebec City.

“It’s completely inaccessible. If there’s any type of emergency, if there’s a fire or anything else, there’s no way for him to leave safely,” Elghawaby said.

Organizers hope to raise $311,000 ($400,000 Canadian dollars) to help Derbali move into a home that is wheelchair accessible.

Elghawaby added that it is important for him to live near the mosque, where he still attends weekly Friday prayers.

“His heart is there. Even despite this tragedy, he’s very connected to the local community, to his brothers and sisters there,” she said.

“It really is up to all of us to step up and be a hero in his life.”