SURREY – A Muslim school in Surrey, British Columbia, invited its students on Wednesday to learn more about Canada’s national game, taking a break from their regular curriculum to play road hockey.

“A lot of our kids are new immigrants. They’re from mostly desert countries, they are not familiar with hockey very much, and yet they are as Canadian as everyone else,” said Ali Roy, the principal of the Surrey Muslim School, CBC reported Thursday.

“So, we thought we would introduce them to Canada’s love for hockey.”

The school’s first ever road hockey tournament was held on Wednesday to help the students fit in with others once they graduate from the school since there is no Muslim high school.

“It’s important to integrate them into Canada and for other people to see the girls in hijab playing hockey,” he said.

Despite the rain, all 230 students from kindergarten to Grade 7 participated in the games held in the vacant parking lot behind the school.

“What I like most about hockey is that you can run, you can make goals. I don’t like when you get hurt or injured,” said nine-year-old Eliya Khan. 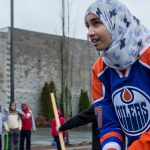 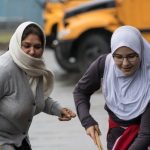 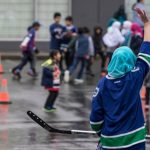 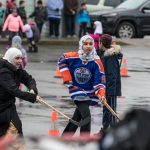 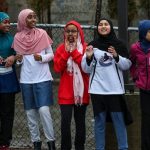 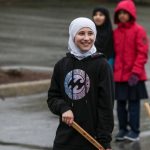 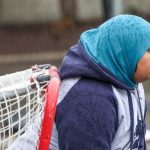 Disregarding talks about hijab and claims it was un-Canadian, students focused on the final score.

“We won and we did not expect that, so that was really cool,” said Grade 7 student Ayra Ali.

The Grade 7 girls beat the boys in the semifinals and ended up winning the championship after facing off against the teachers in the final round.