TORONTO – Islamic Relief Canada has launched a national appeal to help the homeless during the winter season.

As temperatures dip to -35 in parts of the country over the weekend, the international charity will be partnering up with local organizations in five cities to launch an emergency winter response to deliver winter kits to those living on the streets and in shelters.

“The drastic low temperatures are life-threatening to those living on the streets,” said Reyhana Patel, Islamic Relief’s Head of Public Relations.

“The supplies we are distributing in the winter kits will help reduce the impact these conditions can have on individuals.”

“It is our duty as a community to ensure we are doing everything we can to help our neighbors.”

Winter jackets, boots, hoodies, thermal underwear, scarves, gloves and feminine hygiene products are just some of the items in the winter kit that volunteers and staff will be distributed to the homeless on the streets and in shelters – starting this weekend. 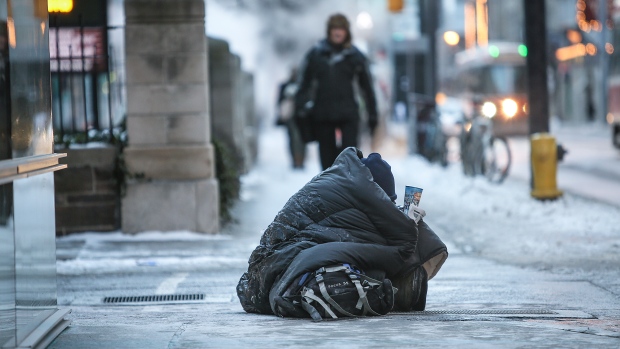 A fundraising appeal has been set up on the charity’s website where individuals and organizations can make donations online.

In Quebec City, the Islamic Cultural Centre of Quebec City mosque – which was attacked almost a year ago – will be Islamic Relief’s partner organization and a team from the mosque will work with local shelters in Quebec City to distribute the winter kits.

In Toronto, volunteers and staff will conduct distributions on the streets and in shelters across the GTA. Distributions start Saturday, January 5th.

In Calgary and Edmonton, distributions will start mid-week.