“Islamic Awareness Week is about getting rid of all of the stereotypes of Islam and helping Muslims learn more about Islam, as well. It’s directed to everyone, including Muslims, non-Muslims, and anyone of any orientation,” said Mallick.

The initial events took place in February. However, due to bad weather, several events were pushed to the week of March 4.

Despite these setbacks, the MSA’s efforts to promote Islamic awareness on campus reaped its fruits. 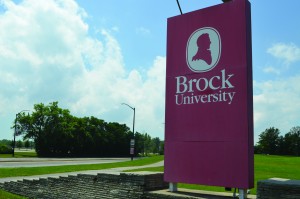 For example, the MSA handed out over 70 copies of The Clear Qur’an, which was translated into English by Dr. Mustafa Khattab, to community members who were interested to learn more about Islam.

“People don’t know about the MSA, people don’t know what we do and because of that lack of awareness, a lot of people just go on with their life without. A lot of people are Muslim and if you go into an environment where Islam isn’t even being spoken about, you tend to lose a part of yourself. I think your heart dies in university,” said Mallick.

“If people don’t know about the MSA and about the events and about other Muslims hosting events et cetera, your heart does tend to die.”

The Muslim Student Association, or Muslim Student Union, of the US and Canada, also known as MSA National, is a religious organization dedicated to establishing and maintaining Islamic societies on college campuses in Canada and the United States.

“The goal of the MSA is to try our best to make things better for the Muslims in general. Not just Muslims — everyone. At the end of the day, we’re just human, just trying to help the people around us.”

According to the 2016 census by Statistics Canada, 21.9% of the Canadian population are new immigrants. Also, more than one in five Canadians were born abroad.

Moreover, Canada’s 2011 National Household Survey found that Islam is adhered by 3.2% of the total population. This makes Islam the second largest religion in the country after Christianity.