TORONTO – More than 40 Muslim and Jewish women came together on Wednesday evening, August 2, to talk politics, religion, in the fifth official meeting for a sisterhood based on love and unity.

“I can say there is no doubt that foreign politics and tensions in the Middle East play a big part on Jewish and Muslim people not befriending each other,” said Sabreena Ghaffar-Siddiqui, one of the co-leaders of the group on Metro Morning on Wednesday, CBC reported.

“This has been a beautiful way of realizing that what unites us is stronger than what divides us.”

Meeting in Toronto, the Sisterhood of Salaam Shalom is an interfaith support group that was brought to the city by two women in January after they said they noticed an increase in hate crimes, xenophobia and racism in Canada.

After noticing an announcement for a US chapter of the Sisterhood of Salaam Shalom on Facebook, Levine-Rasky says her interest was piqued. She reached out to the executive director and inquired about how to bring it to Canada.

“Following the presidential election in the US, I was worried for consequences for not only Muslims and Jews but other religious minorities, refugees, immigrant groups, LGBTQ groups and so on. I felt an urgency to do something,” said Cynthia Levine-Rasky, the other co-leader of the group and an associate professor in sociology at Queens University. 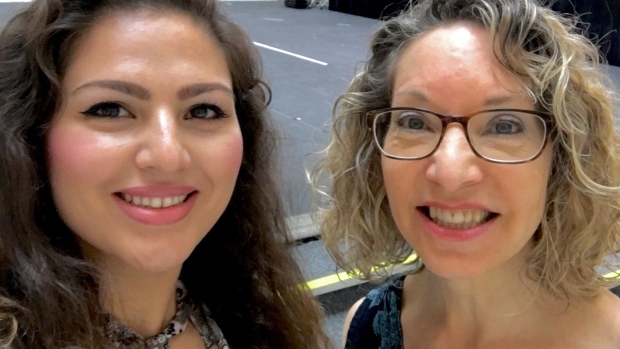 She reached out to Ghaffar-Siddiqui, who researches race issues, racism and Islamophobia at McMaster University, and expressed her concerns.

Months later, the sisterhood grew in numbers in Toronto and the surrounding area.

“It has been wonderful privilege to set this up and to watch as my friends, my sisters, have connected so readily. At first we barely knew each other’s names,” said Levine-Rasky.

“Then there was this readiness to look each other in the eyes and say, ‘What do you want to share with me and how can we connect?'”

“We actually talk about our experiences, what comes out of it is we tend to see a lot of similarities,” she said.

“A few months ago the Jewish women held a Passover Sedar and there was a dinner and a service and throughout the evening there were so many comments from Muslim women saying I can’t believe how similar we are.”