Adeeb Joudeh, a Muslim, who says his family were entrusted as the custodians of the ancient key to the Church of the Holy Sepulchre, walks as he holds the key to the church in Jerusalem's Old City November 2, 2017. REUTERS/Ronen Zvulun
aaa

AL-QUDS – For centuries, the family of Adeeb Joudeh has maintained its daily journey through the alleyways of Al-Quds, Occupied Jerusalem, to close the gates of the Church of the Holy Sepulchre, one of Christianity’s holiest sites.

“Honestly, it’s a great honor for a Muslim to hold the key to the Church of the Holy Sepulchre, which is the most important church in Christendom,” Joudeh, 53, told Reuters Thursday.

Joudeh is the current holder of the key of the Church of the Holy Sepulchre, one of Christianity’s holiest sites which many Christian denominations attend for prayer.

Every day, he makes a similar journey through the city’s streets at 3:30 am to open the gates of the Church of Holy Sepulcher.

He carries with him an ancient cast-iron key, some 500 years old. The key is 12 inches long, with a triangular metal handle and a square end.

The current key has been in use for 500 years after the old one broke after centuries of use. 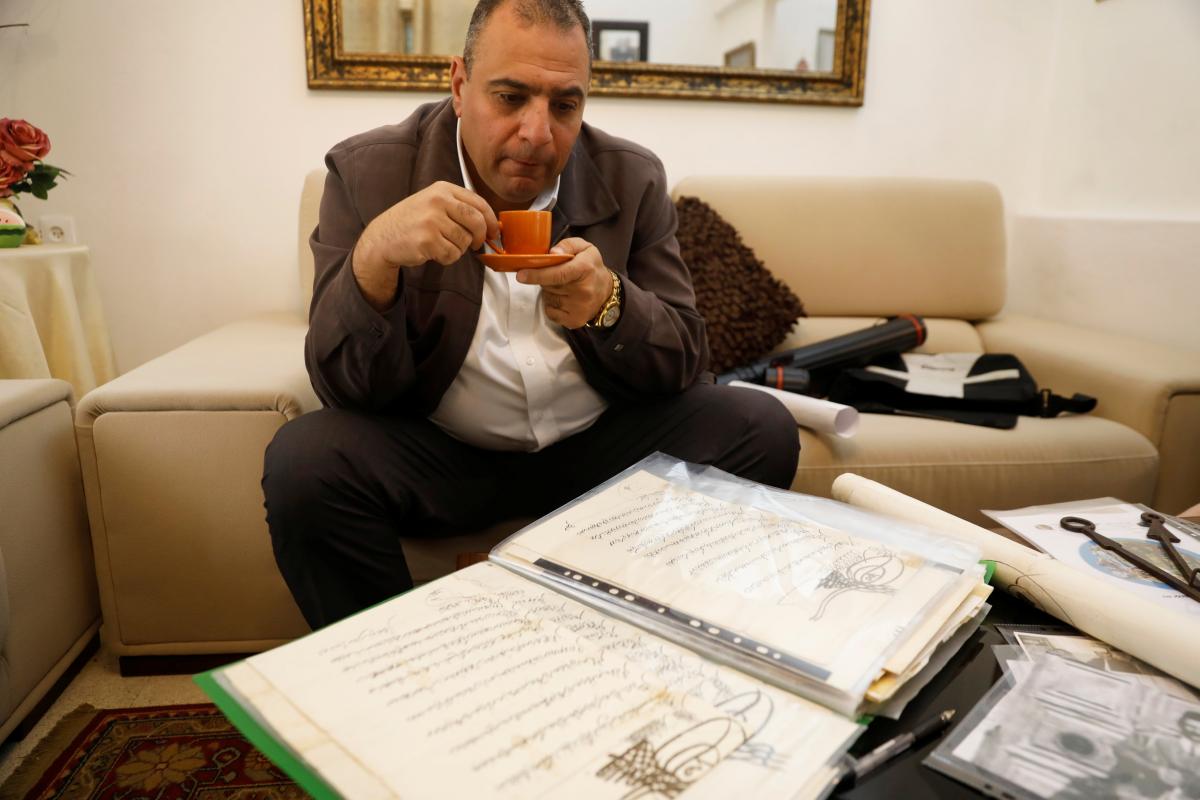 Adeeb Joudeh, a Muslim, looks at documentation known as “Fermans,” or royal decrees by rulers of the Ottoman empire, bestowing the key’s custodianship of the Church of the Holy Sepulchre upon his family. REUTERS/Ronen Zvulun

Joudeh’s family does not carry this obligation alone as the charge of opening the doors and allowing the faithful to enter the church falls to Wajeeh Nuseibeh.

When Nuseibeh arrives at the church early in the morning, he takes the key from Joudeh to open the church.

The entire process is repeated each evening when the church is locked.

“I started learning this when I was eight years old. It’s handed down from father to son,” said Joudeh.

“I have been doing this for 30 years and I feel that the Church of the Holy Sepulchre is my second home.”

Historians differ on the roots of the arrangement.

Some refer the tradition to 1,400 years ago, when Muslims’ second Orthodox Calif, Umar ibn Khattab, made an agreement with Sophronius, a Christian, to grant the Christians right to free worship in Al-Quds.

Christianity scholar Yisca Harani said having Muslim families in charge of the key and the doors helps somewhat in keeping the peace between the denominations.

“The church is definitely a model of co-existence,” Harani told Reuters.