HONG KONG – In a breakthrough for Muslim women rights, basketball’s international governing body authorized its new rules on Thursday, May 4, allowing headgear, including hijab and turbans, as part of the sportswear.

“It came up in our board meeting and everyone supported making the change,” USA Basketball CEO Jim Tooley told AP news agency.

“The new rule comes as a result of the fact that traditional dress codes in some countries – which called for the head and/or entire body being covered – were incompatible with FIBA’s previous headgear rule,” FIBA said in a statement cited by Aljazeera.

Under the new rule, headgear must meet certain criteria to be allowed in competition, including that it “does not cover any part of the face entirely or partially”, it is “not dangerous to the player wearing it or other players” and it does not have “parts extruding from its surface”.

Previous rules had banned the practice, over what world governing body Fiba said was a safety issue.

The Qatar women’s team withdrew from the 2014 Asian Games after being denied permission to wear the hijab – a head covering worn by many Muslim women.

FIBA began a revision process of its headgear rule in September 2014, with exceptions being granted at national level as part of a two-year testing period.

The new rule is set to come into effect in October. 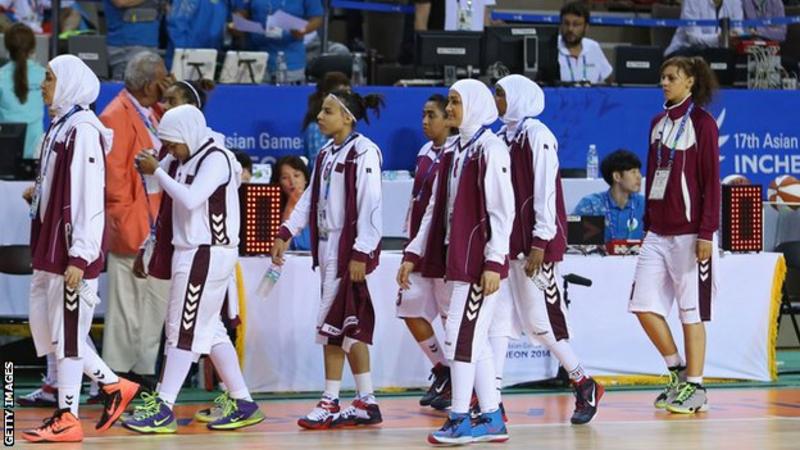 The new rules came after a successful social media campaign aimed at overturning the ban that began more than two years ago.

Kike Salihu Rafiu, who played basketball in college but was forced to give up the sport on a professional level because she wears the hijab, said she believes social media helped prompt the reversal of the ban.

“Because we couldn’t physically meet in person because we’re all diverse … I think using that platform did open the eyes of FIBA in realizing that there’s a huge community that wants to participate in the sport and this rule is actually stopping us from participating professionally and representing our country,” Rafiu said.

Rafiu said she is excited about FIBA’s rule change.

“I’m really excited. Not just for us, but also for the younger generation,” she said.

Last week, US boxing officials announced religious wear would be exempt from their rules on headgear.