“Thank you very much, this is a really fantastic prize,” Zidane said after receiving the award, Metro News reported on Monday, October 23.

“I’d like to thank all the players who helped me to win this award. This is very special, thanks very much.’

His title as the best coach came ahead of Chelsea’s Antonio Conte and Juventus boss Massimiliano Allegri.

Massimiliano Allegri was the third finalist having guided Juventus to a sixth Serie A crown on the trot and third league-and-Coppa double, a historic ‘three-peat’ after wins in 2016 and 2015. 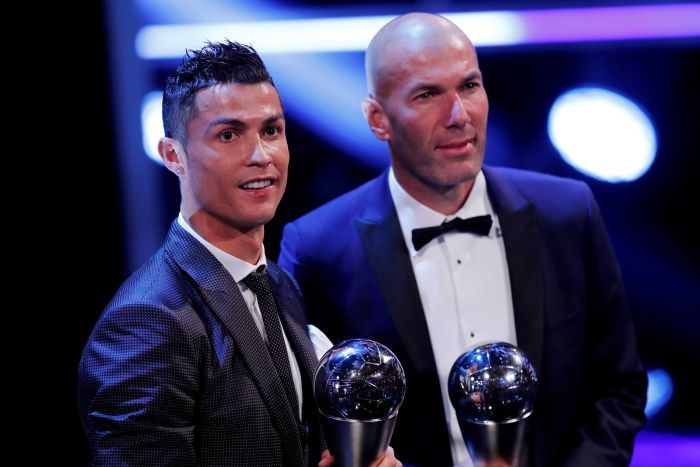 Meanwhile, Cristiano Ronaldo won the FIFA best player in 2017, keeping a title he has claimed since 2008.

The player has been labelled as the player of his generation “by far” by Real Madrid boss Zinedine Zidane.

“Cristiano is the best player of his generation by far. He makes the differences in key matches and he deserves all the prizes he has won.”