LONDON – Don’t judge a book by its cover. This was the fact Katie Freeman reached after spending a week as undercover Muslim in Manchester.

“You could say I followed the herd,” Katie, 43, says today, as she shares tea and cake in the dining room of her new friend Saima Alvi, a 49-year-old religious affairs teacher from Altrincham, Greater Manchester.

“I’d just never engaged with anyone Muslim before.”

Katie, a healthcare assistant in the NHS, who lives with her husband and two children, had a belief that Muslim immigrants were putting too great a strain on the NHS and “pushing out” the traditional British way of life.

“I’ve never been racist,” she points out.

“I believe that people should live their lives, be happy, but I don’t think they should put pressure on others.”

This all changed after Katie participated in the Channel Four documentary called My Week As A Muslim aimed to introduce her to the British Muslim way of life from the inside, in order to see if there really is more in common than divides us.

“People in the Muslim community understand there is a need to open up,” Khan tells me.

“I’m a Pakistani Muslim and my husband is white Yorkshire and the first time our families met was the first time I realized, ‘Oh, people think we are different’. Yet when they talked what everyone was saying was, ‘Oh, you are just like us.’ Disagreements were done in a joyful way.”

The documentary was produced by Fozia Khan, who also made Extremely British Muslims for the channel.

For My Week As A Muslim, Khan found a host family – Saima, her husband Azhar, 52, an environmental scientist and their children Nabeeha, a 22-year-old trainee accountant, Rumaysa, 20, a second-year medical student, Maymuna, 17, Nusayba, 13, and Muddathir, 11.

The family was prepared to welcome Katie into their home and answer all her questions in an attempt to demystify their lives. 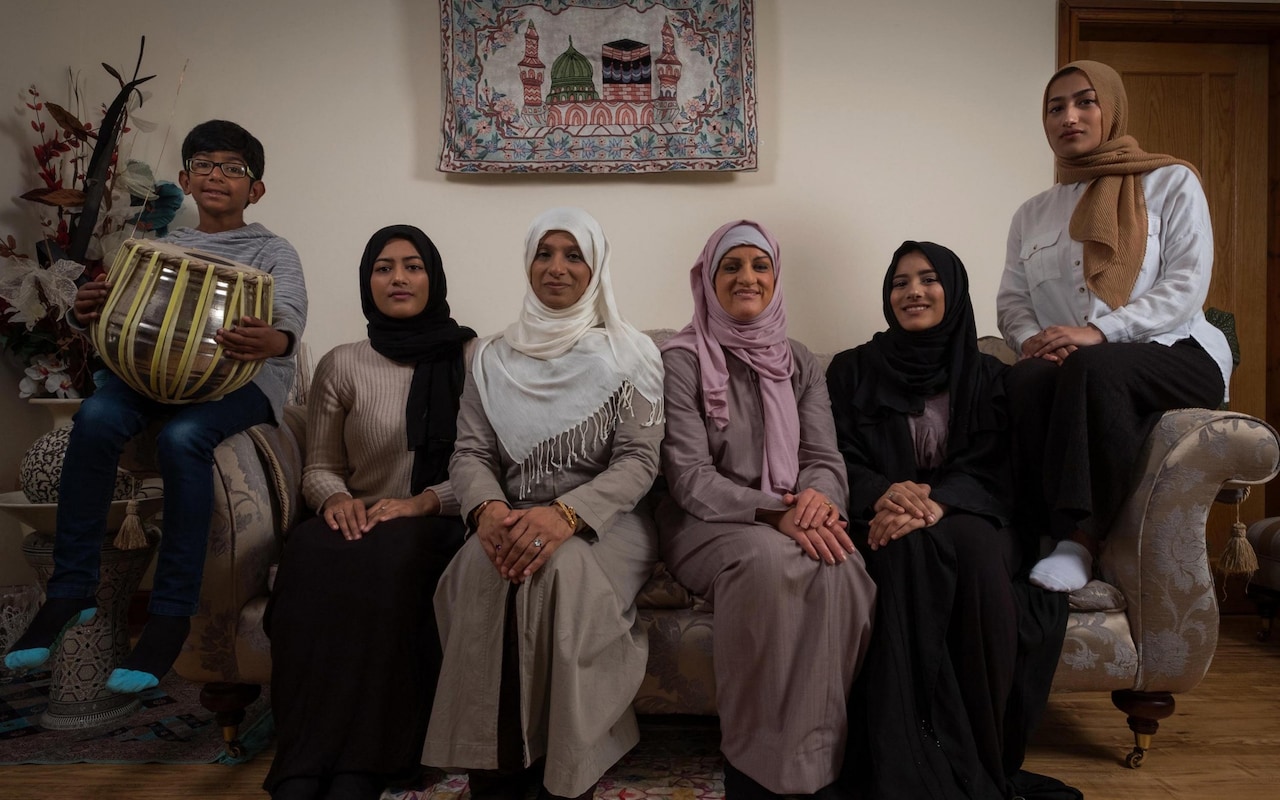 Katie (fourth from left, in pink hijab) went undercover as a British Muslim, with Saima and her children Credit: Matt Squire/CHANNEL 4 PICTURE PUBLICITY

At Saima’s home, Katie had a transformation to go undercover a British Muslim of Pakistan origin.

Katie reveals she felt self-conscious in her hijab. “I don’t wear dresses so I was conscious of tripping over. But it was feminine, it felt nice, more ladylike.”

“I had presumed women were made to wear it, but Saima didn’t start wearing the hijab until she was 18, and no one could make Saima do anything she didn’t want to!”

Saima agrees: “I’m one of five girls and no man could boss us around. It’s a misconception that our religion subjugates us.”

In the social experiment, Katie decided to wear her hijab home in Winsford.

Walking through town, she passes one of her favorite pubs only to be cat-called and racially abused by a group of British white drinkers: “F—— Muslims, in this town?”.

“It makes me ashamed to live here,” says Katie. The incident prompted another white woman to come up and tearfully apologize to her for the harassment.

“I was raging and fuming inside. But I also felt vulnerable. What harm was I doing?” Katie says.

Back at Katie’s own home, her daughter Cameron received a text from a friend, the child of a neighbor who must have seen Katie enter her house. It read: “My dad says we don’t want them” – meaning a woman in a hijab – “round here.”

“Maybe he’ll have a look at himself after seeing this,” says Katie. 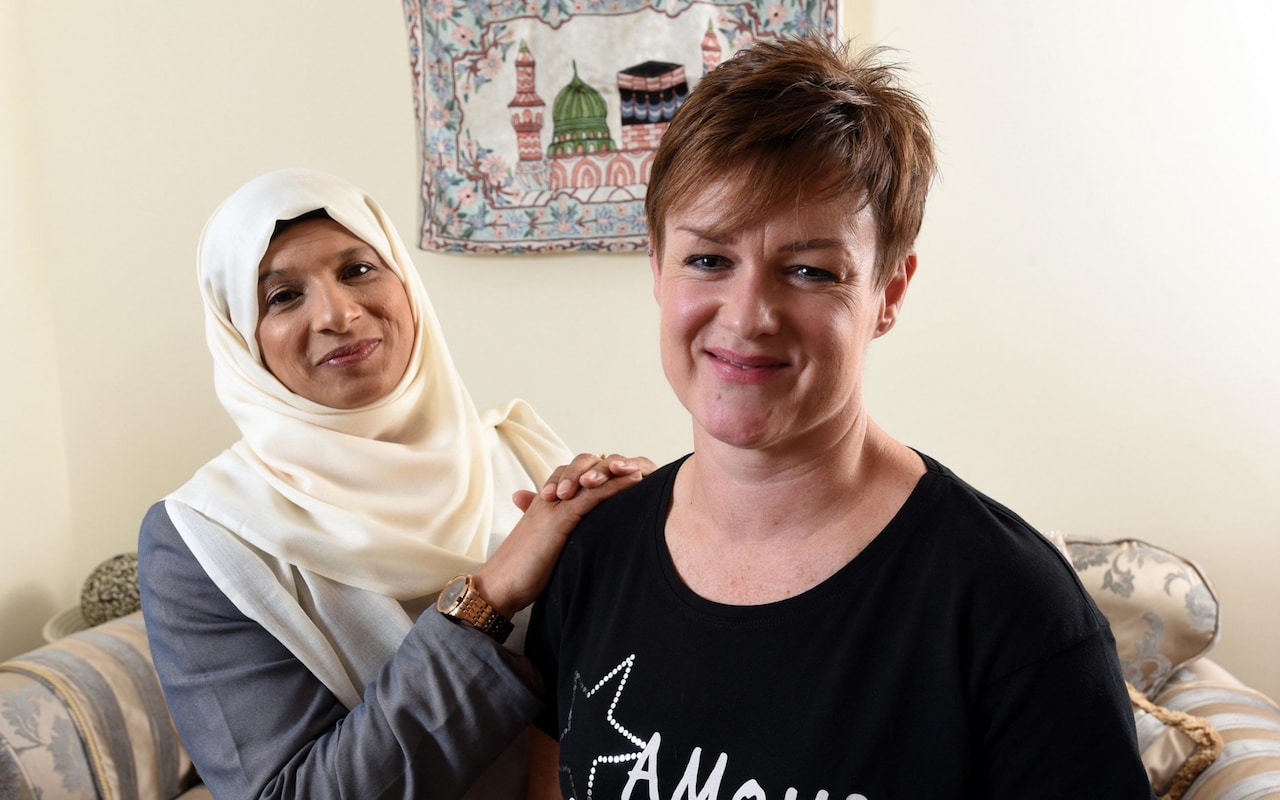 Katie acknowledges she used to think of British Muslims as other, and of women like Saima as “coming into this country, trying to change the way we live.” Now she says, “Saima was born here like me. I get it.”

Saima looks at her with real warmth. “What I have learnt is that there are genuinely nice people who are unfortunately misled about Islam.”

Connected since the film production, both feel it is crucial to promote what they have learned that respect must cut both ways.

“And not to judge a book by its cover,” says Katie, “to get to know people and make your own judgements.”