LONDON – Welcoming Muslims and Christians, Jews at the West London Synagogue have brought together a diverse group of faiths to enjoy an interfaith Ramadan iftar, celebrating years of a special relationship.

Beginning with the early evening prayer, guests came together for a healthy meal where the hosts, who follow the theology of Reform Judaism, often viewed as ‘Liberal Judaism’ representing 1.8 million Jews across 50 countries, spoke on what brings people of faith together.

The theme for this year’s iftar was working together with and in support of neighbors, and the Muslims’ response to the Grenfell tower tragedy which shook the nation.

Sitting alongside me for the meal was Amy Plender, a researcher working for the Theos Thinktank whose objective is to bring communities together on common grounds. One project they are currently working on is a report on the response by faith groups to Grenfell.

“At Pesach, we celebrate freedom from slavery, and at Shavuot, we celebrate the freedom to take responsibility, to observe our religion. In other words, there are two types of freedom,” she said.

“There’s one where you become free from anything, and then there’s a freedom to choose how to live your life. And a very important part of this community and how we conduct our Judaism is that we don’t only ever want to look inwards, we also want to be able to look outwards.” 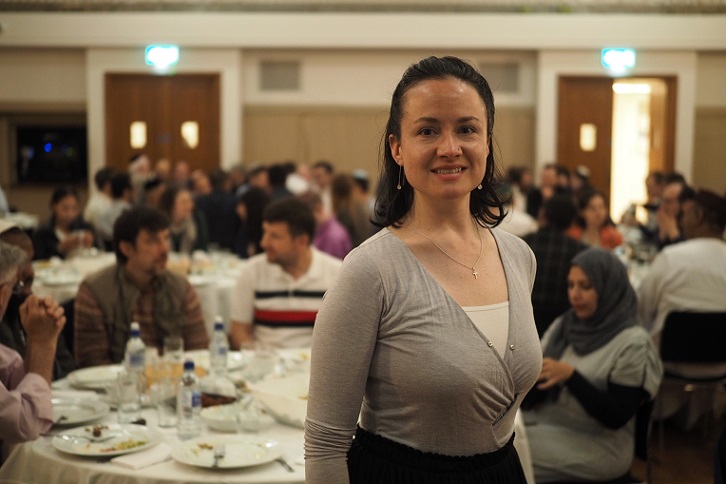 Speaking during the event, Rabbi Neil Janes stressed the importance of these events to bring people of faith closer to each other.

“Our Torah, our teachings, remind us, of the responsibilities we have in the wider world. Part of that manifests in the interfaith work that we do. And the way we are able to invite a wonderful gathering of Muslims and Christians, and other faiths and none, to join our space and learn with us,” he said.

“And it also manifests in ways we work in local societies. One of the projects that have happened, that has been quite remarkable, very moving and very significant for us as a community has been the work that we have done with Al Manar.

“A year ago with the Grenfell disaster, we felt the calling of this as our community to seek the ways we could support local residents. And one of the ways we could do that was by strengthening the partnership we had with Al Manar Islamic Cultural center. We ran a day camp scheme for children who were affected by Grenfell.

“This evening is an opportunity for us to sit down, to break bread together, to share the importance of our religious traditions, and how they can help us make the world better, and not worse. So I want to finish with the one sentence that we end all of our services with May the One who makes peace in the highest bring this peace upon us, upon all Israel and upon the world.” 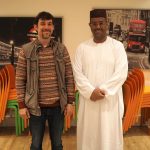 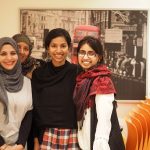 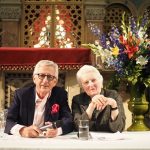 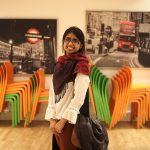 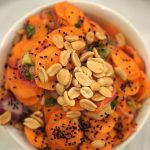 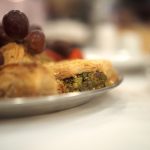 Fahim Mazhary, a community development and liaison consultant who works as an interfaith activist, shared his memories of interfaith unity in the British society.

“I don’t know how old you are but I am old enough to say that in 1969, and many years after that, we used to pray our `Eid prayers here, in this very Synagogue,” he told the audience.

“They were generous enough to extend an invitation when we didn’t have the mosques that we have now. Especially at that time, `Eid was falling in the winter and we couldn’t pray in the park, we needed a covered area, and they extended access for our Eid prayers.

“Also I had been doing a lot of interfaith work in the past with Christians, but my exposure with the Jews was limited. In the last four to five years I have been working very closely with the Synagogue. I’m learning about scriptures we read with Rabbi Sybil Sheridan, and what really amazes me is the similarity of the three monotheistic religions with each other. With Judaism, especially with its law, it’s amazing how close it is to Islam. What we have inherited, what we have continued with.”

“As you mention about Moses receiving the Torah on Mount Sinai. The Quran is replete with references, he is the most mentioned Prophet in the Qur’an. Of course, the Qur’an is speaking to Muhammad [peace be upon him], but in terms of references to other Prophets, the number of times Moses has been mentioned is the highest.

“For once, we say all the strict people in our mosque, ‘No you can’t come in, women can’t come in without hijab,’ the doors were flung wide open, people were just walking in, of any faith or no faith, anybody, whichever way they were dressed. They needed help. We were reminded of our duty to humanity. It is not the form, it is the spirit. Churches came forward, they worked with us.

“The Synagogue is quite distant, but we felt a closeness with West London Synagogue because they were out there helping us. Al Manar has now become a center synonymous with the tragedy, but in a positive way.” 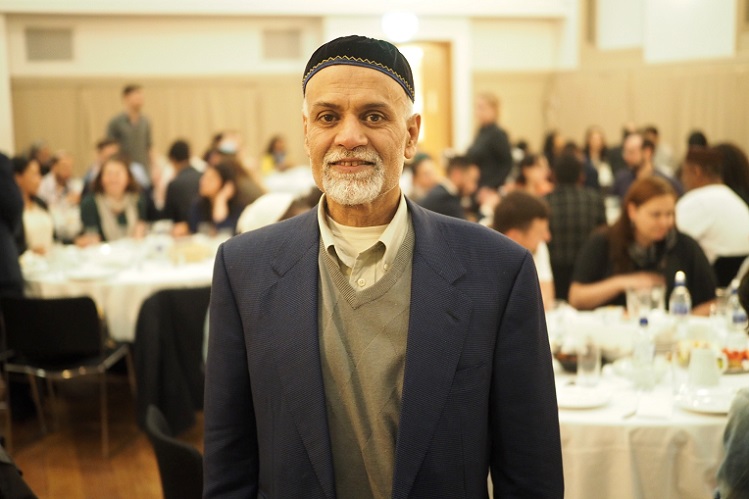