LONDON – UK counter-terrorism police are now investigating a possible hate crime against Muslims in the wake of hate letters being circulated across the country urging a national day of violence against the minority.

“Police are investigating a report of malicious communications in a letter having been sent to the occupants of a residential address in east London,” Scotland Yard spokesman said, Evening Standard reported.

“A further report has been received from a member of the public in the SW4 area who received a copy of a letter through Whatsapp.

“The MPS does not tolerate any form of hate crime. If anyone believes they have been a victim of such an offense we would encourage them to report it to police so it can be fully investigated.”

The threatening letter, which has also been circulated online, urged its recipients to join a national day of violence against Muslims in April.

It asked people to carry out violent acts including verbal abuse, removing a woman’s hijab or head-scarf, physical assault and using acid as a weapon. 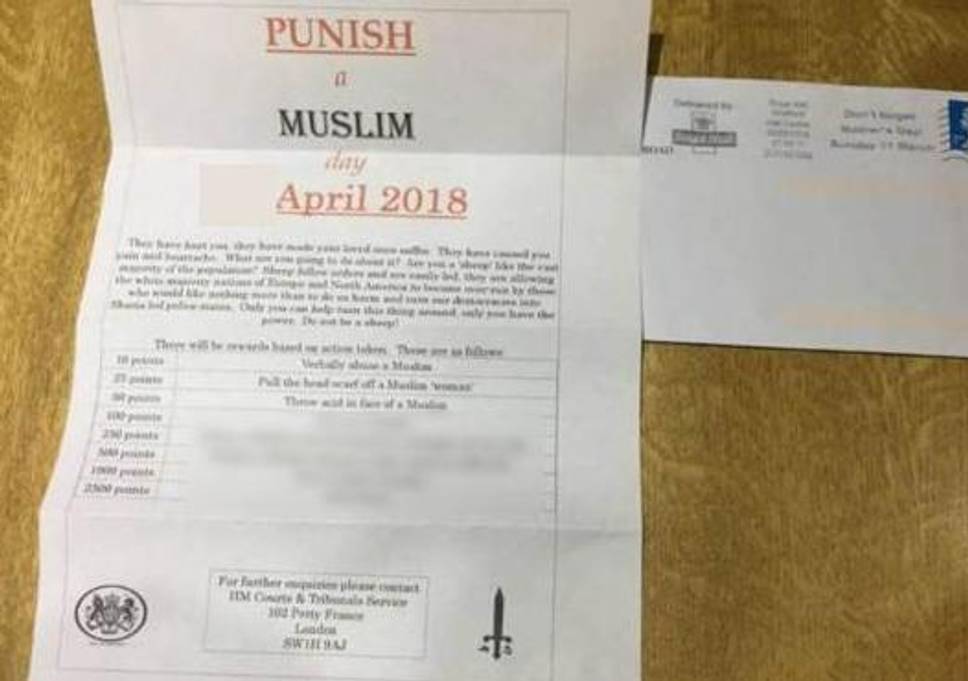 West Yorkshire Police also reported that it had around six reports of letters advertising “punish a Muslim day” and it confirmed an ongoing police investigation.

“Counter-Terrorism Policing North East are coordinating the investigation at this time and will consider any potential links to existing inquiries,” a police spokesman said.

“Anyone with any concerns about a communication they may have received should contact their local police force.”

For Muslims, the hate letters have certainly spread panic among the religious minority.

“This has caused quite a lot of fear within the community,” Iman Atta, director of anti-Muslim hate monitoring service Tell MAMA, said.

“They are asking if they are safe, if their children are safe to play outdoors. We have told them to keep calm, and to phone the police if they receive one of these letters.”