LONDON – Invited to The Queen’s Garden Tea Party at The Buckingham Palace, Sahar Al-Faifi, a molecular geneticist who works at an NHS cancer diagnostics lab in a hospital, made history, becoming the first niqabi Muslim woman to attend a similar event.

“I think I was the first Niqabi to attend the Queen’s Garden party,” Sahar Al-Faifi, the assistant secretary general for the Muslim Council of Wales, told BuzzFeed on Tuesday, June 20.

“Before going to the party I was warned that I may feel a little out of place and receive looks after a Hijab-wearing friend of mine had this experience when she had attended. But when I went, I didn’t find it awkward at all.

“I didn’t feel that people were looking at me in a different way, maybe it was the classy skirt and the pink outfit. I don’t know, but I felt equally welcome and I thoroughly enjoyed it!” 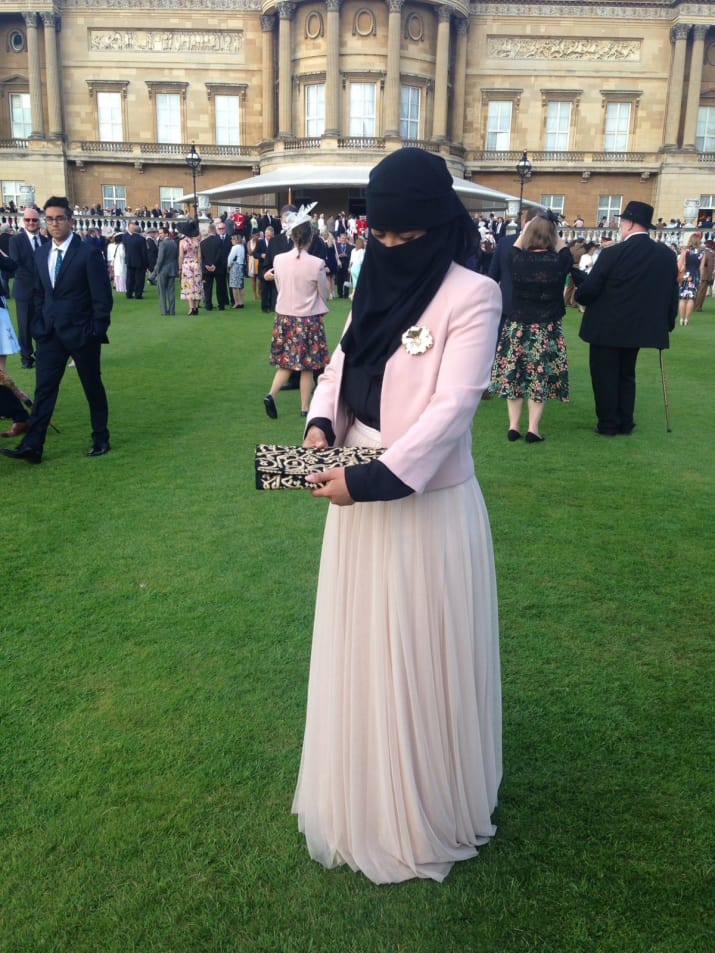 Sahar was one of around 30,000 who were invited to The Queen’s Garden Tea Party to recognize and reward those who have made positive contributions to the community.

During the event, she was able to find a common ground that united rather than divided British people.

“When I was there I unintentionally bumped into Camilla and it was really nice talking to her, she was really welcoming. I also met a Navy solider from Portsmouth who was recognized for his charitable work and his wife who was expecting twins,” Sahar said.

“As a scientist and community activist, I was surprised to find so much in common with them, we spoke about the elections and found we both hated the same political parties and that my campaigning against racism was admirable,” she added.

The Queen’s Garden Party fell one day after the Manchester attacks and they held a one-minute silence in respect.

“I expected to receive a notice of cancellation because of the attack that had happened a day before and to get questions from people asking me about why the attacks happened, but instead I was greeted and welcomed…It was really refreshing to see everyone unite together in such testing times,” Sahar said