CHELSEA – The world’s leading floral event, the Chelsea Flower Show, opened to members on Tuesday. Of the ten garden shows on display, the Lemon Tree Trust Garden captured many people’s attention, both for the wonderful design, and the hint of traditional Islamic architecture and design.

Speaking of the garden, designer Tom Massey said, “This garden is inspired by the resilience, the determination, and ingenuity of refugees at the Domiz camp in the Kurdish part of northern Iraq. The garden has this fountain which brims in water which flows in channels throughout the space; cooling and calming.”

With two gardens at the Hampton Court Flower Show, the world’s largest, this, his third garden at Chelsea, was inspired by a visit to the Domiz refugee camp, the largest in Iraq, with over 32,000 Syrian refugees.

“When I was there I talked to people and tried to find out why they were gardening, what type of gardens they were creating, what kind of plants they were using, and how they were using gardening to escape the pressures of life in the camp,” Massey said, speaking of his time there.

“These people have potentially lost everything. It’s a really difficult situation to be in. They say how important gardening is to them and how gardening can restore a sense of normality just to their everyday lives.”

Having studied at the London College of Garden Design based at Kew Gardens, Tom spoke about his favorite aspect of this garden, “My favorite plant in the garden is the pomegranate trees. I really like their texture and the form of them. I think they have got a really interesting shape and structure and they are something you don’t normally see in the UK either.” Supporting the Syrian refugees, Massey said he wanted to deliver a taste of home.

“On the side, we have pomegranate trees which create interesting form and shape. In the planting we have things like roses, lemons, poppies, things that would remind Syrian people of home,” he said.

Speaking of the program’s success Carrie continues, “We started our work in 2015 where we had 50 entrants, and by the next year we had 150. Also in our second year in Domez, we started a large training and demonstration garden which included five polytunnels for productive and ground growing, as well as a women’s garden which had fifty raised beds.”

“It also included a small nursery and livestock, to support economic initiatives. In our third year, we have now expanded to five camps in the Kurdistan area of Iraq. This year we have just finished our third garden competition, with 900 entrants, so we are pleased to hear that the message is spreading.”

Carrie explained the importance of having a local garden, “The gardeners in Iraq split their time between growing ornamentals and growing food. Flowers are just as important in this context as food is. As we talk to people in the camp, they tell us, it makes a huge difference. To step outside their door, see a flower, see a tree, see some green, not only does it remind them of home, but it brings them a feeling of peace.

“It allows them to shape the space around them, bringing about a sense of autonomy, providing a safe space for their children to play. Somewhere for them to sit and reflect. For us, that is just as important as growing food. Providing people with space to mentally unwind.” 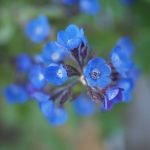 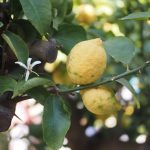 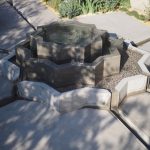 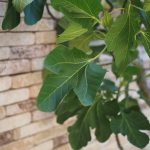 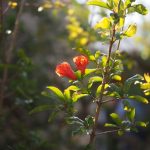 The project was run with the help of Dr. Sami Youssef.

“We worked directly with a botanist on the ground. We met a refugee in 2015, Dr. Sami Youssef. He had a Ph.D. in Botany and was extremely supportive of the work we were doing,” Carrie said.

“We were happy to bring him on board with this project and he worked directly with our garden designer (Tom Massey) to help develop a planting list that was authentic to the region, thrived in the region.” 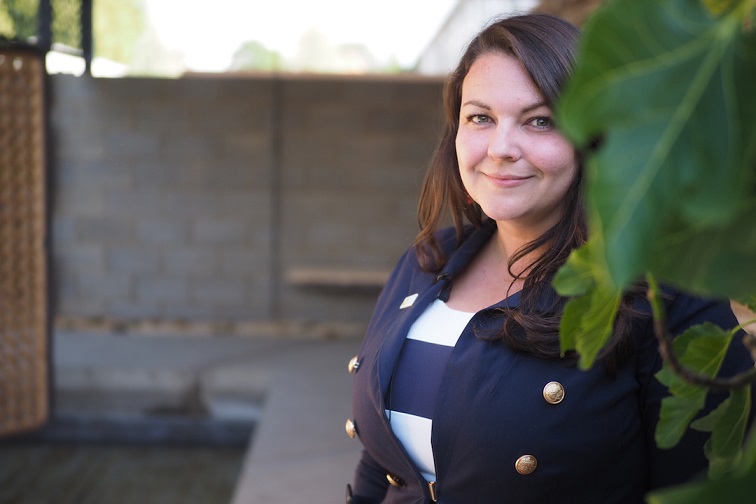 In his book, Agricultural Innovation in the Early Islamic World, author Andrew Watson writes, “The inhabitants of the early Islamic world were, to a degree that is difficult for us to comprehend, enchanted by greenery.

“Early Muslims everywhere made earthly gardens that gave glimpses of the heavenly garden to come. Long indeed would be the list of early Islamic cities which could boast huge expanses of gardens.

“To give only a few examples, Basra is described by the early geographers as a veritable Venice, with mile after mile of canals crisscrossing the gardens and orchards; Nisbin, a city in Mesopotamia, was said to have 40,000 gardens of fruit trees, and Damascus 110,000.

“Al-Fustat [Old Cairo], with its multi-storey dwellings, had thousands of private gardens, some of the great splendor; in North Africa, one learns of a multitude of gardens, surrounding and even inside cities such as Tunis, Algiers, Tlemcen, and Marrakesh, places which today are not conspicuous for their greenery.

“In Spain, writers speak endlessly of the gardens and lieux de plaisance of Seville, Cordoba, and Valencia, the last of which was called by one of them “the scent bottle of al-Andalus”.

The tradition of gardening across the Muslim world is a function of honoring God’s creation both for function/consumption and creative expression.

It is refreshing to see the Lemon Tree Trust working with a leading British garden designer to use the medium of gardening to bring hope to Syrian refugees living today in Iraq.

And where better to showcase the dignity being offered to Syrian refugees than at the world’s leading garden show, The Chelsea Flower Show.