Sat to one side of me, a former imam of Regents Park Mosque in London, while on the other side say the former president of the Islamic Society of Britain, a member of the central working committee of the Muslim Council of Britain, amongst many other positions.

Indeed, in amongst the extremely tight security, the guest list for the night included influential men and women from across the Muslim space.

Addressing the audience, Maajid Nawaz shared the vision of Quilliam:

“It’s been a heck of a journey, and there’s a lot more to do. Our mission is to mainstream counter extremism. To make it like anti-racism has become. Like campaigns against homophobia have become. Like campaigns against anti-Semitism have become. For all those social ills there is a lot more to do. Likewise with counter extremism…

“Entering into a debate in such a polarizing and polarized climate means that whoever is trying to have a sensible conversation, which is being governed by and led by facts, is usually shouted at, spat at, or worse…

“Look at everything that has happened in this country this year from January with all the attacks and across continental Europe as well. This calls for what we are trying to do, to bring people to the reasonable middle ground in this debate. It couldn’t be more important or urgent.”

Sheikh Usama Hussain elaborated on the work Quilliam undertake, sharing how the organization has helped shape the cultural dialogue, while himself became the victim of an ISIS threat in London: 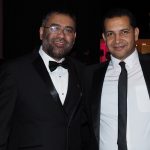 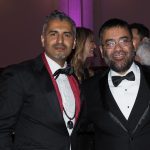 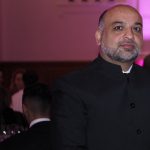 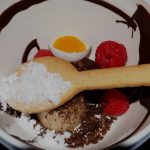 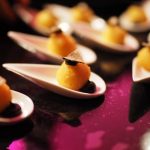 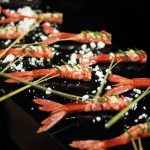 Speaking of Quilliam, Haras Rafiq, their CEO said, “The only way that we are going to defeat the problems that we face in the world right now from the triple threat, the far left the far right or the theocrats from above, is to rally round and challenge the ideas that would radicalize our youngsters, radicalize our societies, polarize our societies head on, and that’s what we aim to do.”

Of course, extremism comes in many forms, whether it is the obvious and harsh version of it as demonstrated by ISIS in the world today, or even the more subtle and divisive.

Many British Muslims do hold reservations and concerns against Quilliam, for a variety of reasons. But, the positive work of the organization in addressing the complex area of counter-terrorism teachings means that the organization has to wake a very fine line, balancing the need for a counter-narrative with managing expectations of everyday British Muslims. Something they continue to work on every day.

If any message could be gathered from the event itself, it is that Muslims are indeed capable of having an event at a good venue, that runs on time, that has short speeches, that runs a silent auction (instead of hounding dinner guests), has a good comedian (not a rude person whose sense of comedy is simply to insult), and crucially, serves delicious canapes with the most glorious main meal.

To this end, perhaps the most telling message from the night for me was dessert. A British Bake-Off inspired offering, complete with an edible shortbread dessert spoon, demonstrating that one can be proud to be British while also being a Muslim.

We may not always agree with the opinions others have, but if we start by finding a common ground, we can always find a way forward for peace, ease, security, safety, and opportunity, for all.

Some say this is idealistic claptrap, perhaps, but we have to have a target to reach and I can think of none better than harmony peace and love amongst people: whatever religion they wish to follow.