LONDON – A Muslim art student has been forced to drop out of her dream college after refusing to draw naked models.

“I was in the waiting room being told that there was no way I could continue the course without taking part in the nude life drawing class,” Maryam Adam told IBTimes UK about her first day in an art foundation course at The Royal Drawing School in London.

“I told the course director how uncomfortable I was with taking part and that it was against my religion, but their school policy on ‘Equality and Diversity’ didn’t mean anything on that day,” she said.

Maryam tried her best to compromise.

“I asked if the models could be clothed if or if I could only do parts of the body, but the answer was still ‘no’,” she said.

“I remember how upset and helpless it made me feel, I was thinking more about the fact that I didn’t know what I was going to do.”

Though Maryam’s mother wanted her to study dentistry at first, the 18-year-old British Muslim said the family was very much supportive after she was forced to quit her dream school.

“Being a South Asian Muslim living in London is already a unique experience, but being an artist also creates a new scene entirely,” she said.

“I had to come to terms about not being able to stay in the Asian comfort zone with my friends who study sciences and the effect is that people find it hard to look past your color or faith and sometimes when you stand alone, you’re seen as the spokesperson for your whole faith or community.” 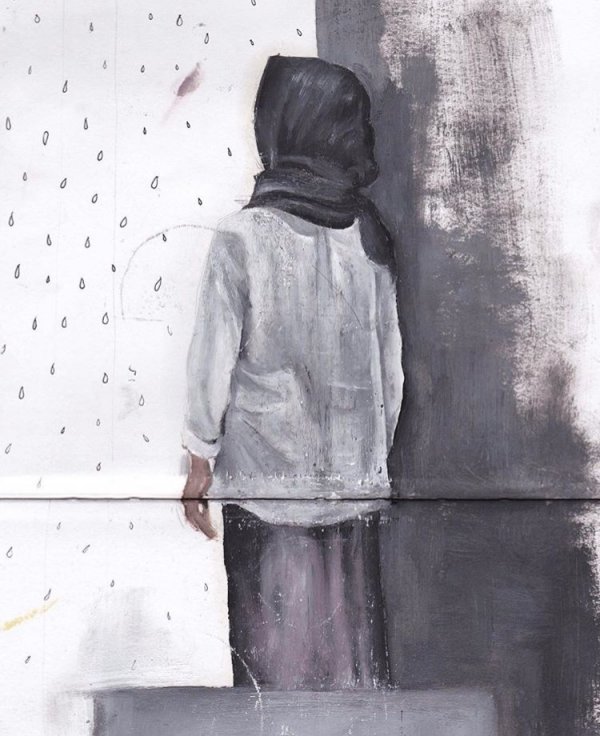 The Royal Drawing School have apologized to Maryam for the situation she was forced into.

“We recognize that life drawing is not suitable for everyone and encourage students to discuss any issues with us,” Mark Chester, Executive Director of the Royal Drawing School, told IBTimes UK.

“Working directly from the unclothed figure is an age-old practice that allows students to see the structure and anatomy of the body with the intention of developing other areas of investigation such as drawing clothed figures or imagined ones.”

The school has apologized for the situation and offered to find some compromise.

“We are sorry that we did not make it clearer at an earlier stage that life drawing and working from unclothed models was a core part of the curriculum,” Chester said.

“We are contacting Maryam to see if there is another course we could recommend that does not involve life drawing, either with us or somewhere else, to help develop her artistic practice,” he added.

For now, Maryam said she has a few weeks to reflect on the situation and pursue her dream in another way.

“I think art for me has always embodied the idea of freedom, and freedom in whatever you want to do,” she said.

“At this school I was made to feel like drawing naked people had to be the norm for everybody but I didn’t want to have to find my way around it with the course director. I didn’t want to make compromises and beg for some sort of place. I just wanted to be me.”