"Through positive films and being active in the media Muslim's can help change the narrative and bring communities together" Rizwan said. Pixeleyed Pictures
aaa

A Muslim filmmaker who worked on a Star Wars film and The Favorite has produced four films aimed at fighting hatred and extremism, The BBC reported.

“Positive stories need to be highlighted,” Rizwan Wadan, 38, who lives in Luton said.

Wadan is behind The Error in Terror project and wants to “give Muslims a voice”.

The £1.2m project was started by Wadan to “tackle hatred, extremism, and terrorism”.

He put £70,000 of his own money to get the project off the ground along with funding from other investors.

“I’ve got to solve problems on set and balance and stabilize cameras, but I felt ‘what is the point of doing that when the world is unsterilized and unbalanced?’

“So take the skills-set and the mindset that is taught in the film industry and then apply that in the real world.” 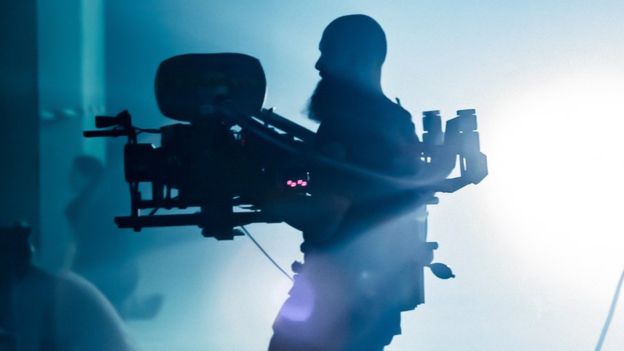 Rizwan Wadan, who has worked on Rogue One: A Star Wars Story, said he had developed “one of the most versatile camera stabilization systems” (Rizwan Wadan)

The four films, Martyrs, Characters, Terrorism Has No Religion, and The Bag Thief, are based on “tragic real-life events.”

“There is so much negativity in films, drama, news and since 9/11. It’s getting worse and worse,” Wadan said.

According to the project’s website, the aim is to “tackle the dangerous narratives that plague our modern communities to inspire a more tolerant and peaceful society through the visual medium.”

“Our project is serving the wider community, this initiative is vital in helping to create a more peaceful and more tolerant society for generations to come.”

A similar initiative was taken earlier this year by the Department of Religious Studies at the Memorial University of Newfoundland (MUN) with a project that addresses Islamophobia through media and cinema.

The first film ‘Your Last Walk in the Mosque’ was screened on Jan 29, 2019, where it commemorated the January 2017 Islamophobic terrorist shootings in Quebec. It showed the after-effects of the dreadful incident on the Canadian Muslim victims and their families.

The second film ‘14 and Muslim’ was broadcasted on February 28.