“Credit must go to the teachers, parents, and of course students, at these high performing Muslim faith schools for their excellent achievement,” Harun Khan Secretary-General of the Muslim Council of Britain (MCB) said in a statement.

“Their results show that with hard work and dedication children of all backgrounds and in any educational setting can achieve their utmost.”

“Credit must go to the teachers, parents, and of course students.. for their excellent achievement.”

According to the ‘Progress 8’ framework that the UK government uses to measure performance, schools are judged according to the progress students make in addition to the grades they achieve.

At Tauheedul Islam 83.3 percent of students got high passing grades in English and Mathematics, while the institute got a 69.9 point score on the Progress 8 scale. It was the fourth consecutive year that the school had topped the national table.

A spokesperson from the Association of Muslim Schools, which these schools are members of, said, “After first praising and thanking God on the great success of our schools in their GCSE results, we congratulate, whole-heartedly the students, parents, teachers and the leaders of our Muslim faith state schools for their outstanding academic achievement.”

A full breakdown of the results can be found here. 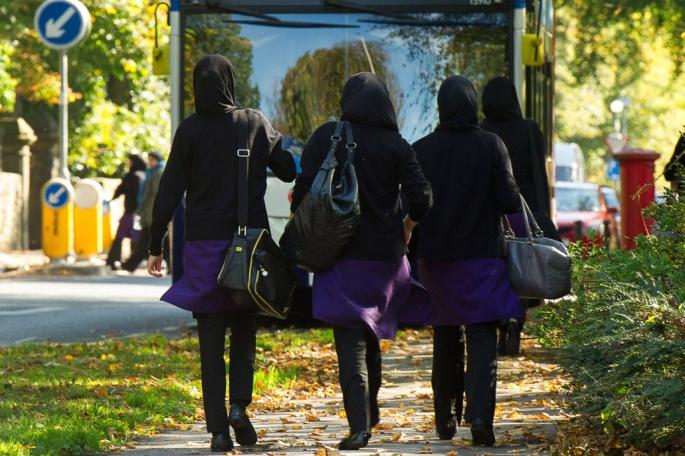 According to the Association of Muslim Schools, UK has different types of schools; Madrassas are those religious schools that are attached to mosques, while full-time Muslim schools aren’t focused on the recitation of the Holy Qur’an.

For years, independent Islamic schools have remained at the top of UK GCSE results, setting an example for faith-based schools as successful, highly-achieving and inspiring educational institutes in Britain.

In 2011 it was reported that the UK could have as many as 100,000 converts to Islam, of which 66% were women. Islam is the fastest-growing religious confession in the UK and its adherents have the lowest average age out of all the major religious groups.