“There was never two Kings from the beginning, only one King,” Ali Abdelaziz, Khabib’s manager, said, The Express reported.

“I want to congratulate my brother Khabib Nurmagomedov, the undisputed, undefeated pound-for-pound King.”

The UFC fight, the largest MMA organization in the world, was awaited by experts and observers since it’s one of the biggest MMA showdowns in recent memory.

Khabib defeated McGregor in the fourth round of their monumental fight for the UFC lightweight championship.

Khabib Abdulmanapovich Nurmagomedov or ‘Habib Abdulmanap Nur Mohamed’ in Arabic is not only the UFC’s first Muslim champion but currently and more importantly he also holds the longest undefeated streak in MMA, with 27 wins.

The 30-year-old Nurmagomedov, a married father of a daughter and a son, is a Muslim Avar from the Islamic Republic of Dagestan located in the North Caucasus where more than 83% of the country’s population are adherents to Islam, according to ARENA Project’s 2012 survey. 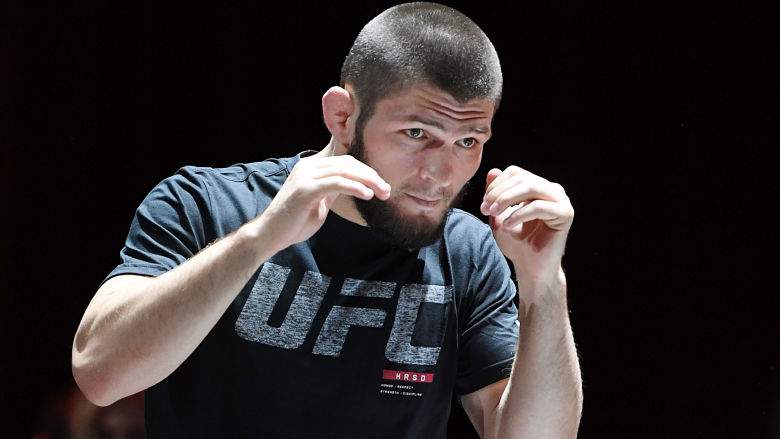 The world’s Muslim champion who’s able to speak several languages including Avaric, Arabic, Turkish, Russian, and English, was born in the remote village of Sildi in Tsumadinsky District. He usually wears a papakha, a traditional sheepskin hat worn by Dagestanis and other Caucasian peoples.

Due to the impeding mountainous terrain of Nurmagomedov’s country, Dagestan has an ethnically diverse population. However, Islam became the uniting factor for all Dagestanis.

Dagestani people are known for their toughness and mental strength which may be a product of the harsh environment they are raised in; the climate is extremely unforgiving.

The champion’s father, also a wrestler and an army veteran, started training his son Khabib in the art of Sambo (hand to hand fighting) and freestyle wrestling, something the Caucasian peoples are well known for, at an extremely early age.

Nurmagomedov’s training progressed further when his family moved to Makhachkala, the capital city of Dagestan; he trained in wrestling, combat Sambo, and Judo.

He made his mixed martial arts debut in September 2008 and before long had amassed a perfect record of sixteen wins and zero losses. This earned Nurmagomedov a call from the UFC.

The Muslim MMA fighter’s fighting style can be best described as getting mauled by a bear. He focuses on wrestling his opponents down after which he proceeds to trap them and strike them with elbows and fists.

Nurmagomedov’s dominance in every fight is amazing to watch; once he gets his opponents to the ground it almost seems as if they have no idea how to react or move.