MAKKAH – Manchester United star Paul Pogba is currently in the holy city of Makkah to perform Umrah and mark the start of the Muslim holy month Ramadan, just three days after lifting the Europa League trophy with victory over Ajax in Stockholm.

Pogba posted a video on Instagram of him twirling his luggage outside his home in Manchester, telling his followers: ‘On my way to go say thank you for this season. See you soon Manchester! En route to my prayers,’ The Daily Mail reported on Sunday, May 28

On Saturday, Pogba appeared in the Grand mosque in Makkah, wearing simple white garments of ihram, as Muslims worldwide marked the start of the holy month.

The photos shared on Twitter showed Pogba ahead of Umrah, a non-mandatory lesser pilgrimage to Makkah. 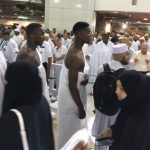 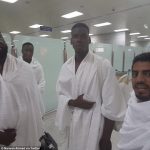 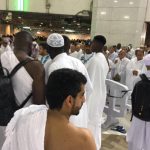 Pogba is a French professional footballer who plays for Machester United and the France national team.

He operates primarily as a central midfielder and is comfortable at playing both in attack and defense.