PRESTON, Lancashire – A debate hosted by a Preston, Lancashire, multi-faith organization has yielded a miraculous friendship between a far-right supporter and a Muslim.

“What we witnessed was nothing short of a miracle and it just goes to show that sometimes all we need to do is sit down and listen to each other for amazing things to happen,” Sheikh Adam Kelwick said, Lancashire Post reported.

Sheikh Kelwich was speaking during an event hosted by multi-faith Light Foundation in Preston as part of its “Tough Questions and Honest Answers” series.

The gathering was attended by a packed crowd of Muslims, Christians, Jews, Hindus, atheists, and members of the Far Right English Defence League at Fulwood Methodist Church. 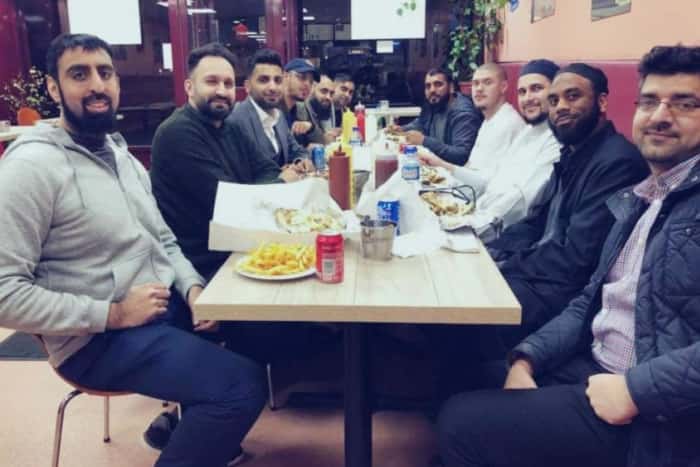 An EDL supporter wearing an Enoch Powell tee-shirt stood up and said: “This is a Christian country and we only follow a Christian God here.”

The EDL man, whose name has not been revealed, was from East Lancashire.

To the audience’s astonishment, the man stayed to the end, posed for pictures with the Light Foundation and even went out for a meal afterward with his hosts.

“We had a full conversation with him,” said Nadeem Ashfaq, co-founder of the Light Foundation.

“He said ‘I have been told to hate people like you all my life.’ As he got to know us he said the Islam he had been introduced to by us was wonderful,” he added.

Preston Mayor Coun Brian Rollo, who attended the event, said: “I was there as a Christian and I thought it was very useful. I think it has moved things forward.”