Please “We wanted to make things easier for people and help them connect with Allah SWT.”

That’s how FajrUp app’s developer Hussein Shirwa opened his discussion with AboutIslam.net on the inspirational ideas behind his Fajr prayer application.

FajrUp is a social alarm application that automatically sets to Fajr prayer time by using GPS. It is a smart app through which Muslims around the globe can get connected; only what they need is just install the app.

This app is the reinvention of the alarm clock. It also provides a global link to connect Muslims of all backgrounds and nationalities.

Hussein is a Somali-born British Muslim who originally moved to London as a refugee when he was just 10 years old.

The idea of the app came to him immediately after finishing his university education.

“It was originally part of a group of brothers that used to wake each other up for the Fajr Salah (during university) – the list grew and more brothers would be added to this group,” Hussein told AboutIslam.net

“One year after university, I wanted to start a list again and after some thinking, I realized that I could hypothetically connect anyone with a mobile phone with each other and get them to wake each other up for their prayer.

“Why the Fajr prayer? Because Fajr is the foundational prayer of the day.” 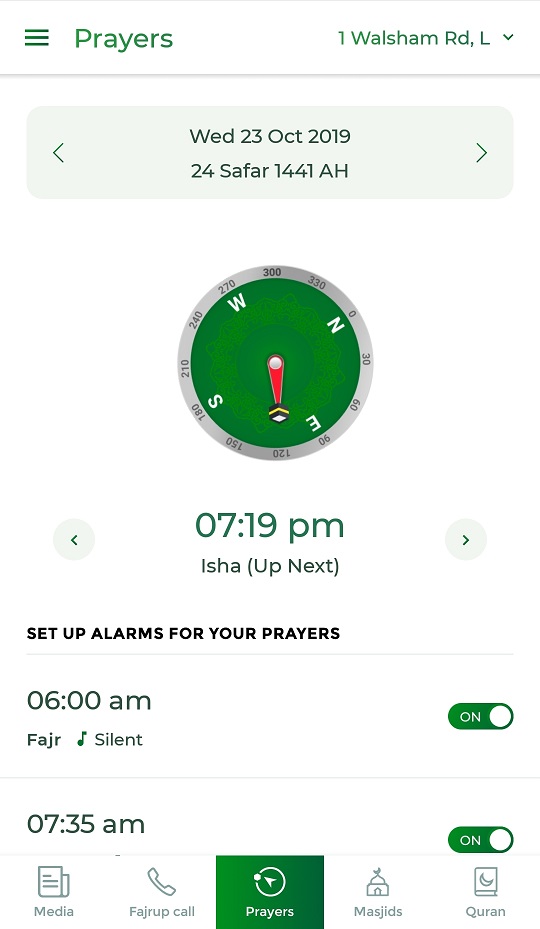 Launched in London in 2015, the application has more than 100k downloads on the Google Play Store. It is yet to be launched on the App Store.

Hussein said: “We often quote these two Hadiths. Muslim (657) narrated that Jundub ibn ‘Abd-Allah said: The Messenger of Allah (peace and blessings of Allah be upon him) said: “Whoever prays Fajr is under the protection of Allah, so do not fall short with regard to the rights of Allah, for anyone who does that, Allah will seize him and will throw him on his face into the Fire of Hell.”

“Al-Teebi (may Allah have mercy on him) said: The reason why Fajr prayer is singled out for mention here is because of the hardship that it entails. And performing it is a sign of a man’s sincerity and faith, and whoever is a sincere believer is under the protection of Allah. Sharh Mishkaat al-Masaabeeh b al-Teebi (2/184).” 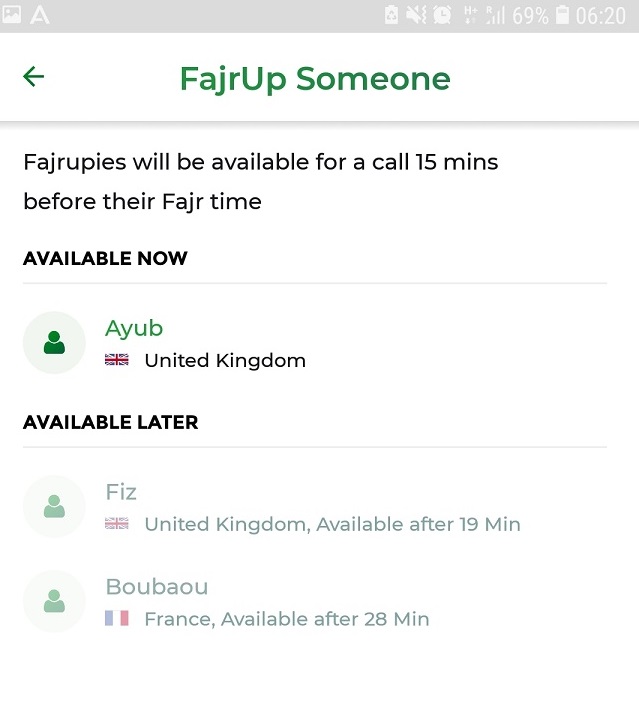 With FajrUp, users can either choose to be called and woken up within a particular timeframe or select another user across the world.

Along with waking people up for Fajr, the app has other features. One of them allows users to check the news that is relevant to the Muslim ummah.

It also has a mosque locator, a version of the Holy Qur’an, and a compass to find qibla.

By starting the day with the Fajr prayers, Muslims earn the blessings of Allah.

While the whole world sleeps, Allah looks to those of His devoted servants who sacrifice their sleep to pray.

It is a time of utter peace and tranquility when the hustle bustle of the world comes to a standstill and nothing stands between Muslims and Allah.

App Wakes You Up for Fajr

Be an Early Riser – 6 Tips to Wake Up For Fajr