Anyone who heard Mennel Ibtissem’s rendition of Hallelujah on the French edition of The Voice heard the music of an angel, preaching coexistence by mixing Arabic and English in her beautiful performance.

Such was the positive reaction of even Brigitte Macron, the French president’s wife, as she praised Mennel saying, ‘Hallelujah in (English and) Arabic, only on this program can you find such a beautiful mix.’

But someone out there was insecure. Angry. Racist. Xenophobic. They didn’t want a pretty, white-skinned, blue-green eyed, French girl of Syrian origin, a Muslim, who wears a hijab, to receive such a positive response. So they tried to find an excuse, a fault, a reason. And they did. Foolish tweets she once sent.

Like many young French Muslim men and women, Mennel expressed upset, doubt, and suspicion when terrorism struck France, specifically on the Nice attack. She, like so many others who were angry, foolishly implied that it must have been a plot to frame Muslims, to show Muslims in a negative light.

This fear stems from a genuine feeling of victimhood experienced by many French Muslims who feel disenfranchised and disconnected from their government, for a whole host of reasons. Her comments were not sinister, or evil, just a young person, angry and foolish.

The discovery of these Tweets has caused a huge stir, with many targeting Mennel. However, a well-known French journalist, Patrick Chene, was one of many to call out this blatant attack on Mennel.

Others noticed how some French ‘stars’ had in the past spoken foolishly, such as Oscar, Bafta, and Golden Globe winner, Marion Cotillard, who expressed doubt over the official account of 9/11. Yet while Mennel is being made a target, Marion was not. Which begs the question, why? 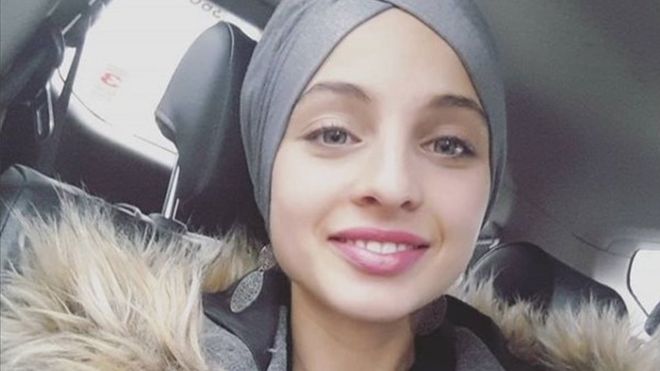 Muslims the world over have an identity crisis. In Western culture, Muslim women are celebrating hijab as a religiously mandated form of dress, while in Iran, women are being imprisoned for removing their hijabs stating that they are not a religious requirement.

So while Muslims in different parts of the world battle with what does and doesn’t define a Muslim woman, in other parts, racist and xenophobic (not to mention insecure) men and women are targeting Muslims – however they dress (in and out of scarves, with or without beards), believing them to be legitimate targets for their anger and hate. Mennel is the latest victim.

A secure individual has the capacity to disagree with people and live and let live. But only an insecure person resorts to discriminating against people because they disagree with them.

It is a shame that the producers of The Voice felt the need to discriminate against a young woman whose voice captivated many across the nation.

Instead of acknowledging that she, like many disenfranchised young French men & women, are struggling and using this opportunity to recognize, address, and perhaps work to improve things, they opted for the easy way out of not supporting her, leading to her quitting The Voice.

In a video on her Facebook page, Mennel said, “I am an artist, a singer, I participated to the French TV show The Voice, with the intention of gathering people not dividing them. Open people’s minds, not narrow them. I have faith in humanity and in people’s kindness. I have faith in the future full of love, peace, and tolerance. I have faith in my country, France.”

“But these last days were very difficult for me, a lot of tension has hidden my desire to spread peace, love, and tolerance. I have never meant to hurt anyone, and the only idea that I would do it on purpose pains me a lot. That’s why today I decide to quit the program.

“This decision is not making an end to my musical career. Indeed, this decision is the condition of its accomplishment. I will take the best part of this situation to keep spreading my message of peace and tolerance, far from all types of fanaticism.”

“I keep smiling and I will not let fear get a control over me. With my soul and my heart I will keep singing to praise love, this feeling to bring closer people, despite their differences.”

Whatever the hardships French Muslims face, Mennel is the perfect example of a person growing up, struggling, and allowing positivity to be an outcome of their struggle.

It is people like Mennel – with and without the angelic voice – who the French should be reaching out to. Because if a person’s foolishness in anger–whether vocally or on social media–is the only measure of their capabilities, contributions to society and successes, dismissing everything positive that they do, then there is no hope for any of us.

May God have mercy on us and grant us the wisdom to disagree when we disagree, but not to allow our disagreement with another human being to lead us to be unjust towards them and discriminate against them, Ameen.